HomeLifestyleHumberto Correia - The President of Love

What if I told you that you could go down to the marina in Faro any day of the week and not only chat with the future President of Portugal - but you could even buy a wonderful painting from him as well?

I’ve watched the Back to the Future movies far too many times in my life that, when I approached Humberto Correia’s stall of lovely artworks at the Jardim Manuel Bívar next to the marina in downtown Faro, and he held out a pen telling me he needed signatures to be able to run for President in 2026, I couldn’t help but think of Goldie Wilson. I don’t know if you remember, but Goldie worked in a café in 1955 and Marty Mcfly, fresh from the future, accidentally let slip that he was going to be mayor one day. 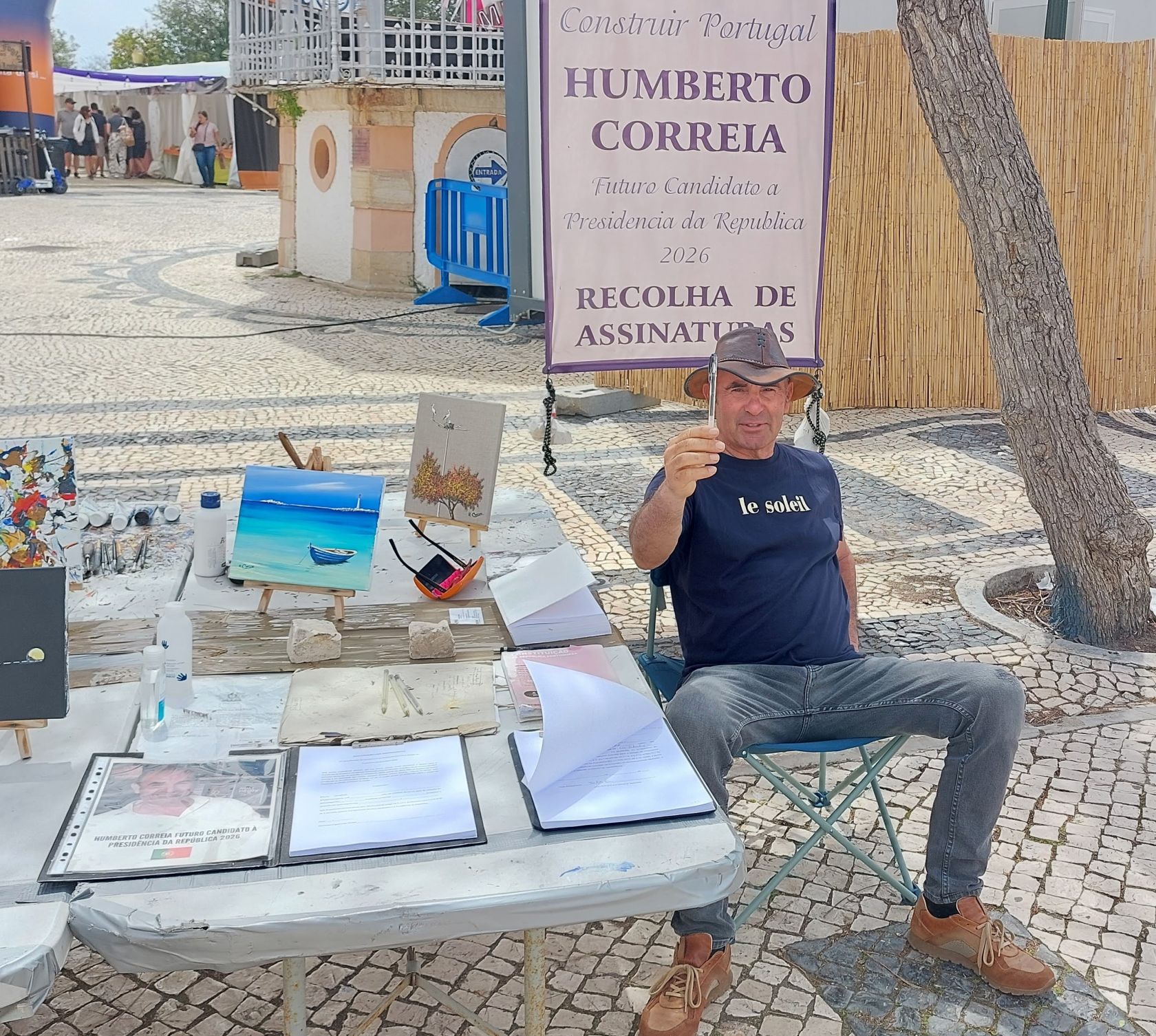 “That’ll be the day” retorted his boss mockingly.

“Just you wait and see Mr Caruthers,'' Goldie replied defiantly. “I will be mayor. I'll be the most powerful man in Hill Valley, and I’m going to clean up this town”.

“Good,” said his incredulous employer, passing him a mop, “you can start by cleaning the floor”.

The point I’m trying to make is - you just never know what will happen. And, if you will allow me to quote yet another line from these ‘timeless’ movies: “If you put your mind to it, you can accomplish anything”.

Man of the world

Humberto had quite a difficult start in life. I know, because I read his book. It's called ‘As Pulgas da Minha Infância’ (The Fleas of my Childhood) and is available in both Portuguese and English. It's the story of his life until the age of 15 when he emigrated to France and it’s a fascinating insight into not only the man himself but also (since he grew up in Moncarapacho before moving to Armação de Pêra) into what the Algarve was like back in the 60s and 70s. 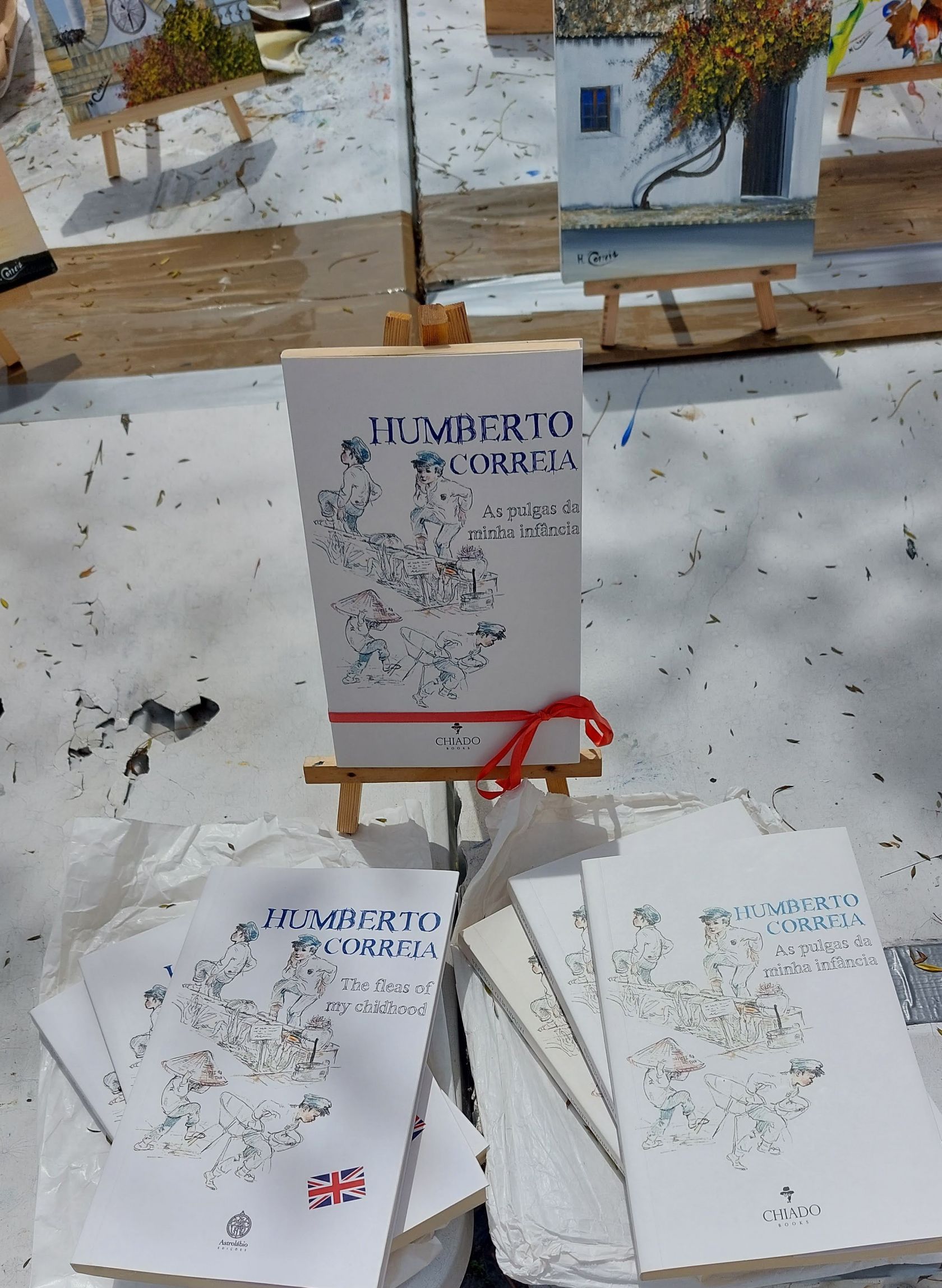 Humberto left school at the age of 10 to start working in hotels in Armação de Pêra before leaving the country and, although it's not in the book, I know that he worked in construction in France for 17 years and somehow found a way to travel all around the world before moving back to the Algarve in 2003 where he lived on his sailboat ‘Cascade’ in the Ria Formosa for a few years.

If you look at his rather enchanting paintings in which he beautifully depicts the various familiar scenes of southern Portugal, you might assume that Humberto has been painting his whole life or, at the very least, had lessons. But no. It was only when he got back to Portugal that he first picked up a paintbrush and he told me proudly that he taught himself to paint and has managed to make his living from it ever since. His paintings of the local architecture, land and seascapes of the Algarve can now be found on people's walls all over the world. 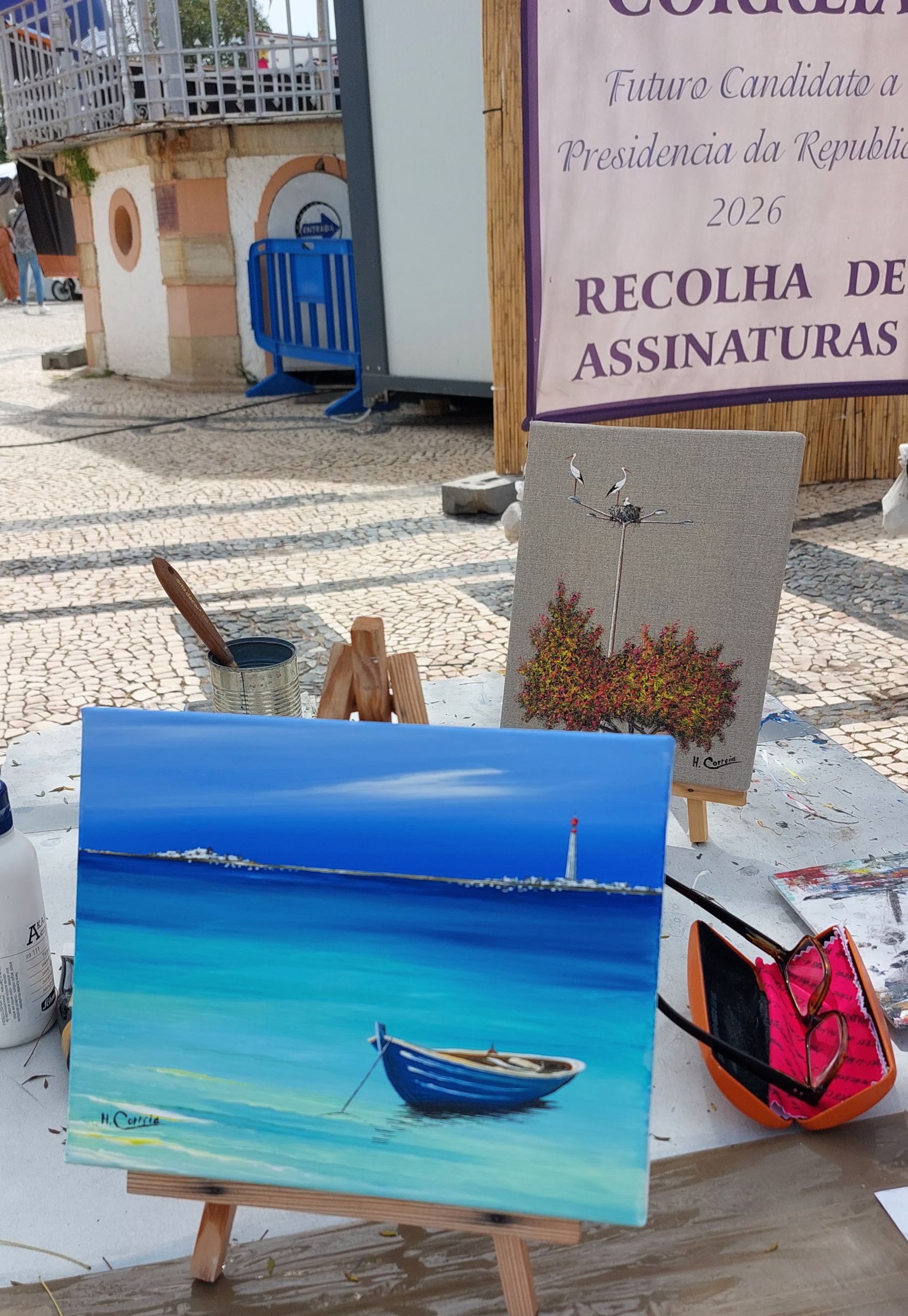 The Campaign of Love

I was amused to discover that this isn’t the first time Humberto has run for office and (like Goldie Wilson) he did actually run for mayor in 2017. He called the movement the Campanha do Amor (the Campaign of Love) and although he didn’t win, the process of collecting the necessary signatures and using his art stall as his ‘campaign headquarters’ allowed him to get a true feel for what the people on the street really want - and this rather bold idea of his also served to uplift and inspire locals and helped spread some love around Faro (something which, I have my suspicions, may have been half the point).

Now though, undeterred by this near miss, Humberto has set his sights on a higher goal - the presidency. To raise awareness about his campaign, Humberto pointed out a nearby poster of him dressed as a Medieval Portuguese knight and told me how this never fails to intrigue passersby.

It's not really my area of expertise, but I thought I better ask this future political candidate for some of his policies. I asked him what he would do if he won? To which, his rather brilliant answer was that it's not what he would do - it's what he wouldn’t do. He would stop spending money on silly things first. That, he said, would be a good place to start.

Humberto freely admits he doesn’t have any political experience but he is honest. And, as I said before, once upon a time he didn't know how to paint either - but look at him now.

Vote for the Future

I know who I’m going to vote for in 2026 anyway. And, if you too like the idea of one day in the future being able to invite people around for dinner and casually remark that that painting on your wall is by none other than the President of Portugal - then you’ll kick yourself and wish you had a time machine so that you could go back and visit his stall and help him get some more signatures.

What an interesting and creative character. Would definitely vote for Humberto as our next President, Yea!

€830k in funding announced for promotion of Irish arts globally