Many people have high expectations for altcoins when the crypto markets turn bullish again. Memecoins in particular, require a significant push but investors and speculators appear to have lost interest in these assets.

Dog-themed meme-coins are still out there trying to attain the colossal highs achieved by Dogecoin (DOGE) and Shiba Inu (SHIB) but are failing to spark momentum. So why has RoboApe gaining so much traction in the crypto space? 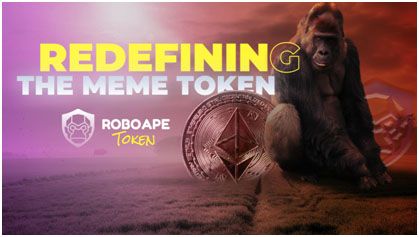 How are meme coins getting along?

It is encouraging to see the crypto market rebound. The recent bearish conditions did not have a clear cause-and-effect, implying that it is the result of widespread market manipulation by several whales and big traders.

Many are optimistic because prices are rising again. A bullish BTC and ETH spell frequently spread to altcoins, though this is not always the case.

In theory, meme coins could see a huge surge in popularity in the coming days. They are, however, the assets that have lost the most value in the last week. Dogecoin (DOGE), for example, has lost over 18% of its value. In just seven days, Baby Dogecoin (BabyDoge), Catechin, and The Doge MFT all lost more than 20% of their value. Those differences must be bridged soon, but the daily price momentum isn't bullish enough.

Shiba Inu (SHIB) is the only meme coin doing reasonably well, even though its value has dropped by over 15% from two dips ago. Although it has a break-even weekly performance, SHIB's daily momentum is extremely bearish. This could suggest that people are losing interest in meme coins or just dog-themed coins.

Despite current deficits and a lack of bullish momentum, many people are still optimistic about meme coins like DOGE, SHIB, and ELON. Consider how Robinhood listed Shiba Inu after months of community members trying to make it happen, proving that hard work pays off. The news, however, has not resulted in the SHIB pump that many had hoped for, though it may happen in the coming weeks.

Alternatively, as crypto reaches the mainstream, cryptocurrencies are becoming recognised as a valid form of currency; and it’s no surprise that meme coins, which started as a joke to mock the digital asset, play a little part in that.

However, RBA, an upcoming meme token that just went into presale, has bold plans to reinvent the meme coin. 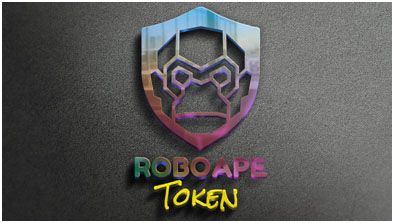 Unlike typical meme coins, RBA aims to have utility to drive its growth. It has already announced plans to launch its NFT marketplace, swap, and eSports. However, this isn’t the primary reason why investors have been flocking to buy the presale.

Those who want to use RoboApe's services will need to use the platform's RBA currency. Every transaction on the RoboApe platform will be charged a small fee, half of which will be burned and the other half will be returned to wallet holders to increase the token's value.

RoboApe ensures the long-term viability of its token by reducing the RBA token supply with each transaction thanks to this deflationary mechanism.

RBA also stands out from the crowd because of its dedication to the community. RoboApe will be entirely run by its burgeoning community, as there will be no developers' wallets. According to the White Paper, the goal is to empower developers to work with the community for the common good rather than for personal profit.

Due to the attention RoboApe is getting, it’s clear that investors have high hopes for the meme token. Analysts are predicting that its value will skyrocket on launch, given the goals RBA will pursue.

Unlike traditional crypto assets, currencies such as Dogecoin and Shiba Inu don’t follow the same patterns. They take their own path, which may lead to unexpected outcomes, for better or for worse. However, RoboApe’s launch could be a gamechanger for meme coins.

The next few weeks will be interesting for these cryptos, as anything can happen.

Will More People Adopt Crypto in 2023? Here’s What You Should Know

Will More People Adopt Crypto in 2023? Here’s What You Should Know

Why Investing In a Reliable Crypto Trading Platform is Important

The Crypto Trio to Watch in 2023: Bitcoin (BTC) and Ethereum (ETH) and Orbeon Protocol (ORBN)