Gardeners who suffer from hay fever are well aware of the sneezing, sore eyes and sinus pain which can strike in flower borders, under trees or just mowing the lawn when pollen levels are high.

But there are measures they can take to at least alleviate the symptoms, says award-winning garden designer Jackie Herald, who creates outdoor spaces for people with allergies and other conditions.

“We shouldn’t just be designing gardens to look good,” she says. “We have to work with the people who are going to enjoy them.”

She offers the following tips to help gardeners alleviate their hay fever symptoms.

“Wear a hat with a brim, which can protect you from pollen falling around your nose.”

“Avoid times of day when the pollen is likely to rise, such as the beginning of the day when the day is warming up, and again in the early evening.”

“Keep an eye on the weather forecast because the pollen level is now regularly published with the forecast. It tends to be associated with warmth and sunny days.”

“Avoid plants which have pollen on the surface. Conversely, go for plants with trumpet or bell-shaped flowers that beneficial insects like bees actually have to find because the pollen tends to be tucked inside them, like foxgloves and campanula.

“Generally speaking, for biodiversity and your own health, prioritise insect-pollinated plants rather than wind-pollinated ones.” Hay fever sufferers should avoid highly scented plants which can trigger symptoms, she adds.

“Certain lilies and the bottlebrush plant can be ones to avoid. Some plants have both male and female flowers on the one plant. Other species have separate male and female flowers. Prioritise the female plants because they’re not generating the pollen. If you were planting hollies, plant more females than males, otherwise go for a self-pollinating hermaphrodite.”

Other plants to place away from the house include privet hedges, Wisteria floribunda, juniper and ox-eye daisy. 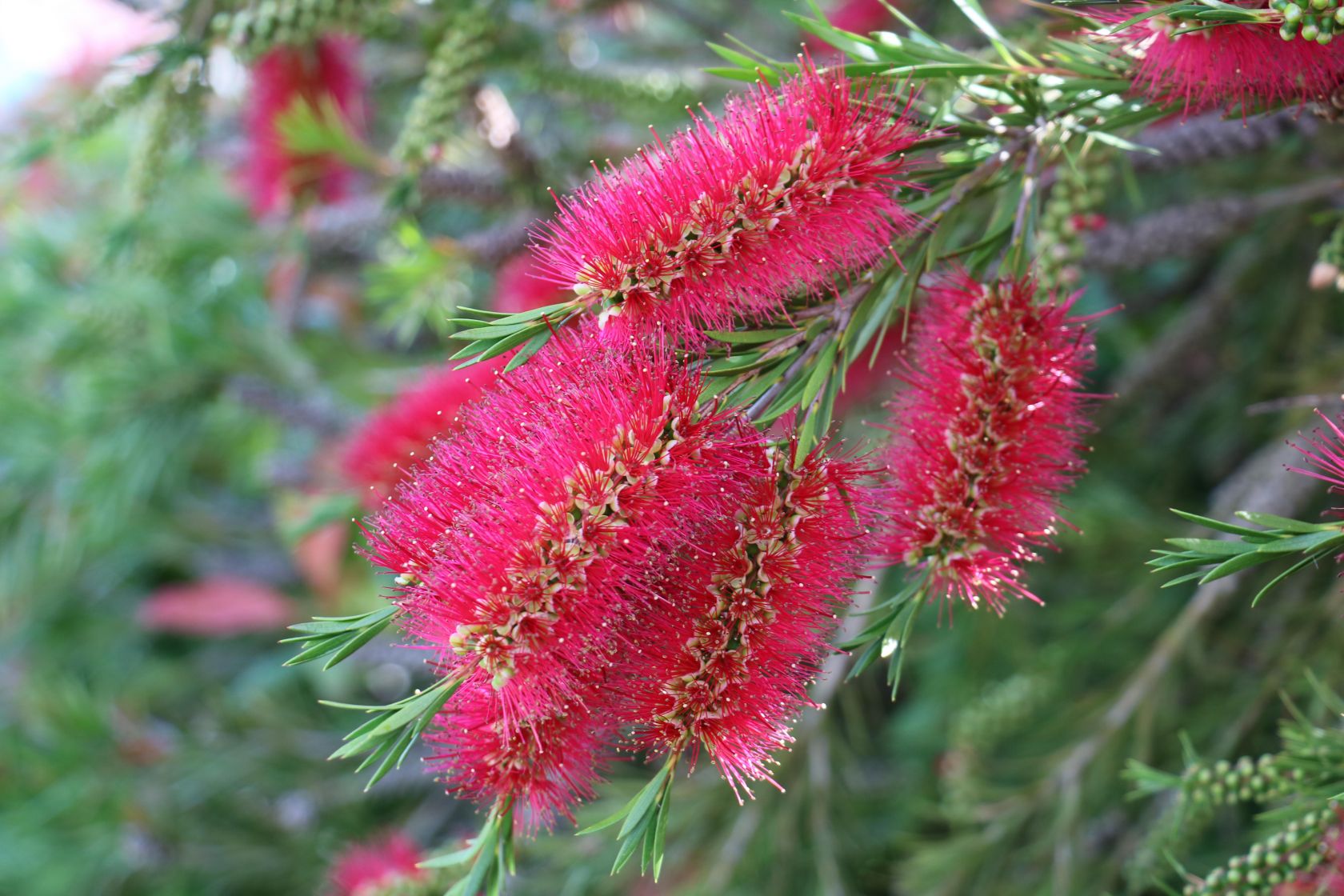 “Don’t put the most allergenic tree in a spot where you are going to have a lovely garden bench underneath for sitting on, or by a front door. When you open the door and as you come into the house, you may brush against, say, an olive tree which is allergenic, then your pollen comes indoors.

“If you have pollen in your hair or on your clothes or your carpet, it sticks around for ages and accentuates the impact you’ve experienced of being with pollen outside.”

Hay fever is worse in urban environments, says Herald, where pollen becomes more allergenic when combined with pollutants and is kept in the air by hard surfaces. So, in urban spaces, use soft landscaping such as tightly clipped lawns and swales (a shady spot, or a sunken or marshy place) and position your plants away from doors, pathways and patios

“Generally, the pollen that is carried by beneficial insects tends to be heavier and stickier than the very light pollen of the wind pollinated plants.”

Many hybrid plants, which are double flowered, are sterile, she points out. “Sterile plants are perfect for people with allergies. There are a few sterile grasses and, of course, bamboo, as well as some trees and shrubs.

“One job you might want to give someone else to do is mowing the lawn. But if someone else mows the lawn regularly, that takes the grass flowers off it which is helpful for anyone who suffers from grass-triggered allergies.

“Some people are allergic to various moulds. Some of the moulds which exist in compost might be a problem, so turning a compost heap or mulching might be an activity to avoid.

“The bottom line is that you need to know what you are allergic to. The best way to manage what you do and where and when you spend the time, is to avoid the trigger.”

How to find the right water feature for your small garden

Ants in your pants?

Flowers for the heat

Do you suffer from allergies? Don’t worry, you are not alone

EDITOR, Retired Britons living within the EU are close to being reduced to a state of pauperdom by the financial policies of the new Trussian government.

Cordas Festival at Museu do Vinho do Pico

Rotary pilgrims on the brink