When it comes to its range-topping S-Class, Mercedes-Benz only ever had one goal in mind. It was to create the best car in the world. So where did it all begin?

Whilst those innovative 50’s and 60’s models may well have formed part of the S-Class lineage, the actual 'S' suffix didn't appear until 1972. This much larger W116 model embodied Mercedes-Benz’s already fabled safety features as well as epitomising forward-thinking design. When it hit the 1970's showrooms, the new "S-Class" featured exceptional levels of luxury and refinement. But, there was one rather gruesome fly in the ointment. The oil crisis. This explains how the entry-level 6-cylinder 280SE model became the popular choice.

The W116 model had quite a spartan, distinctly uncluttered (almost austere) interior. This minimalistic approach was honed by the ethos of ‘the less, the more’. This Germanic trait was evident in everything from a VW Beetle to a Porsche 911. It was about functionality over substance. Of course, in an S-Class there was polished veneers, top quality leather, electric-everything and maybe a decent stereo, as optional extras - naturally. Few items came as standard in 70's and 80's Mercedes Land. You'd do well to get a steering wheel thrown in.

The range of engines started with an in-line-six 2.8, followed by a 3.5 V8 and topped by a 4.5 V8. The W116 featured a few new-fangled driver aids including 'cinemascope' headlamps designed to cut out shadows and streaks in the beams. Rear light clusters had lenses with bold horizontal ribbing which helped amplify light for greater visibility. Whilst Mercedes didn’t invent anti-lock (ABS) brakes, S-Class models from 1978 onwards were to be the first production cars to offer a reliable ABS system (by Bosch).

At the very pinnacle of the W116 tree sat the LWB 450 SEL (with a 6.9 V8). Although that satisfying V8 grunt was available much further down the model range (in the 350SE) - the 6.9 was a stand-alone (almost Maybach-like offering) aimed at the limousine market. The 6.9 450 SEL had a soft, somewhat wallowy hydro pneumatic suspension system.

The W126 was a brilliantly designed successor to a superb predecessor. Whilst it was certainly a much sleeker looking car, it still managed to retain a recognisably S-Class look. Meticulous attention to aerodynamics coupled with a strict weight reduction regime, including state of the art light-alloy V8 engines, not only improved performance but also greatly enhanced fuel efficiency and handling.

In the late 70's metal bumpers were still commonplace. So when the W116 emerged with sleek plastic ones incorporating functional air dams, it hinted that this latest model nodded not only towards embracing cutting edge modernity but actually honed it. This ideal now lay firmly at the heart of the S-Class ethos. But that, of course, had always been part of the plan.

I recall the first time I ever encountered a W140 S-Class. I was driving a Rolls-Royce Silver Spirit-Il along the winding lanes of rural Cheshire when suddenly this enormous Merc appeared in the rear view mirror. It had a big, cheesy Germanic grin and it looked quite intimidating! Despite its size, I simply couldn't shake it off even with a 6.75-litre V8 burbling away at the tips of my toes. It wasn't accelerating through the straight bits that thwarted me and my hand crafted British thoroughbred - it was the bends. The Bismarck sized Mercedes could actually take on the corners without needing to slam on the anchors whereas the Roly-Poly just wasn’t up to it. That cheesy Germanic grin turned out to be a smirk.

Driving the W140 S-Class after being behind the wheel of its predecessor was utterly astonishing. It was such a complete departure. It genuinely felt as though we’d skipped at least a couple of generations. It made the old W126 feel like an old Austin Seven. 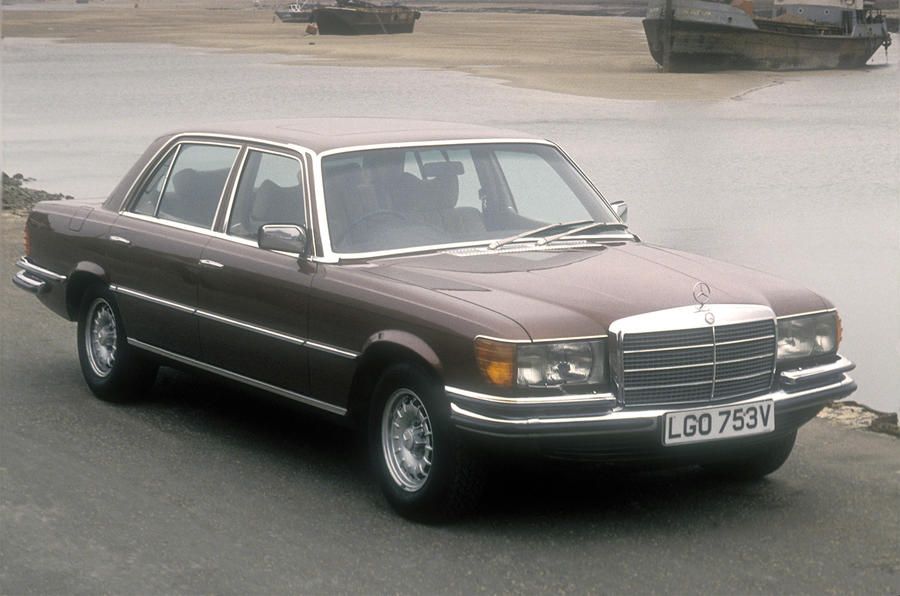 With the W140, Mercedes clearly aimed to demonstrate its technological prowess to the world. Whilst it arguably succeeded, this was to be yet another S-Class arriving at an inopportune moment in history. It was obviously a very expensive car but it made its debut during recessionary times; just like the first S-Class had debuted during a fuel crisis. The W140 was enormous, it even made the Rolls-Royce look puny. To further compound the model's excesses, there was a flagship 600 SEL with its planet-destroying V12 credentials openly displayed on its chunky C-pillars with gleaming chrome decals. But what a car!

How times change. Despite its ostentation, the W140 was indeed born into a recessionary period. It seems that many luxury car designers working during such challenging times sought to create palatable 'politically correct' versions for their next generation models. The W220 certainly seemed like a toned down 'people's S-Class'. It was almost apologetically small. Gone were the cavernous interiors of the W140 as well as its imposing road presence. This W220 was a flagship that barely looked any larger than the mid-range E-Class.

However, the W220 did bring to the table such goodies as adaptive air suspension and intelligent cruise control. Most importantly, it brought us a credible diesel option in S320 CDI guise. The diesel engine was an in-line-six unit that delivered refinement, great performance alongside astonishing fuel efficiency. Whilst those with deep pockets could still specify a twelve-cylinder variant, the best seller was definitely the oil burning Benz. 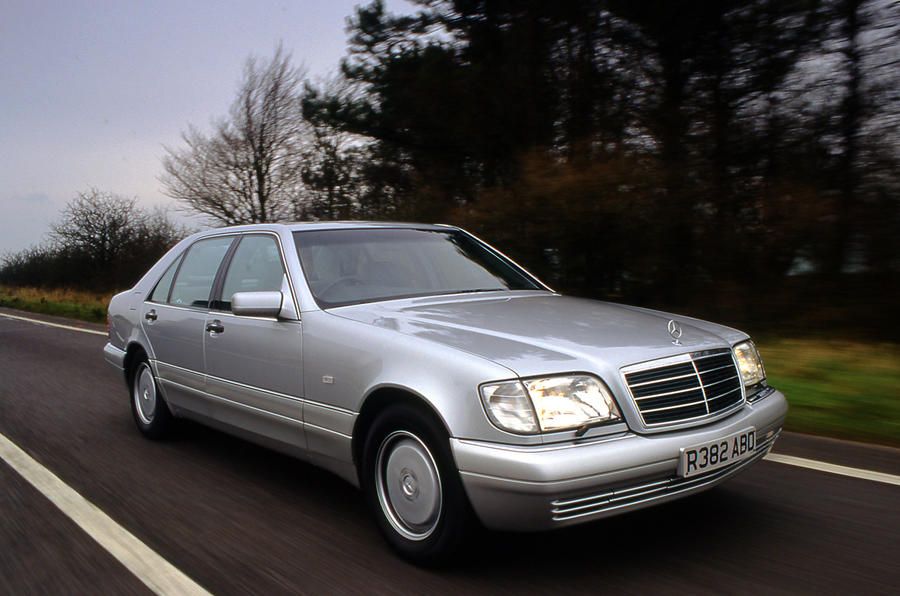 After the W220's seven year tenure, the W221 returned S-Class to much bolder design statements. The new car looked impressive without morphing back into another W140-esque leviathan. Road presence returned with a beefier, more sculpted look including some rather bulbous looking sticky-out wheel arches.

In the W221 material qualities were greatly improved. The luxurious leather-clad interiors accommodated all manner of technological advances including a night vision display panel set within the instrument cluster. The plasticky switchgear of old were replaced with tactile chromed metal ones set into nicely crafted wood veneers with brushed aluminium accents. The W221 came with a host of new comfort and safety systems. It was the first car to feature all-LED lighting inside and out.

But things were now heading from the sublime to the rather bizarre. Back came the huge cheesy-grin radiator grilles. In 2018 the W222 featured an 'Energizing Comfort Control System' which harmonised mood lighting, music, climate control and that scent dispenser to 'boost your mood' with a 'multi-sensory' experience. Hmmm? For me, flashing colour-changing mood lighting just turns a jolly nice car interior into a penny arcade. 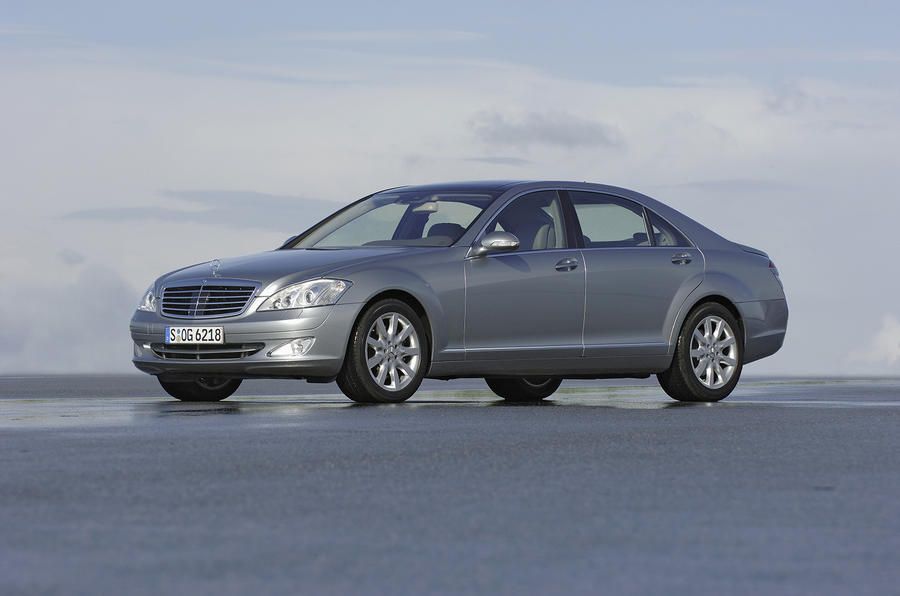 But, I suppose there comes a time when car development reaches the buffers. The S-Class has long featured all you could realistically ever need in a car. It would be shame to turn it into a crass circus in the name of progress? I'm yet to sample the latest W223 iteration. I wait with bated breath!

9% of the Philippines' GDP comes from business process outsourcing. BruntWork shares some reasons why the location is so popular