Theatre is one of the oldest types of art, and although it has been around since ancient times, it still continues to move audiences around the world.

Já International Theatre, in Lisbon, is a theatre group that combines different nationalities and styles of acting into one.

Suresh Nampuri is one of the founders of the group and told The Portugal News that it was created in 2017, celebrating its fifth anniversary on 17 July.

Já International Theatre works as an experimental group, trying to combine different ways of acting. The actors speak in English, however, each one may have a different nationality and different styles of acting.

The director and founder of the group told The Portugal News that Já tries to “combine elements” from the different perspectives about the theatre. Another goal of Já is to make all plays innovative. For example, adapting a Shakespeare play is possible, however, the purpose of the adaption is to make the piece “relevant for now.”

Suresh Nampuri pointed out that combining so many different styles may be challenging, but the biggest challenge is “the motivation and the process.” Different actors, with different cultural backgrounds regarding acting on stage, will interpret the text also in different ways. The director mentioned that according to the “cultural mindset” the words may have different meanings, influencing the emotion the actor will pass to the audience. 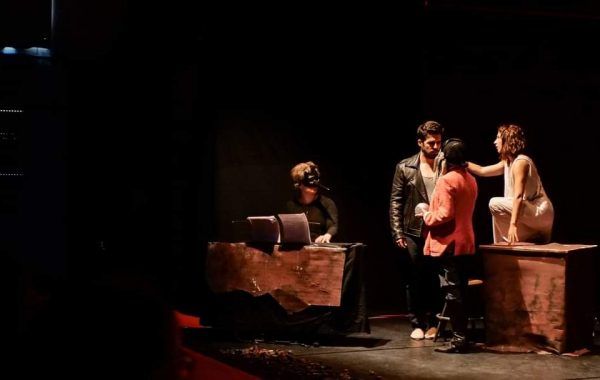 Besides having people from different nationalities and backgrounds, the roles are given equally to people who are emerging on to the scene or artists “who have been working in theatre for 40 years.” The alternative way of acting may pique the curiosity of many people, especially professionals in the field who “suddenly want to do visual media.” According to Suresh, part of the experience is to “identify new ways of storytelling” and “local artists in Portugal”, especially those who “are slightly unconventional.” One of the innovative features, which some actors look for, is acting through holograms, which is possible to do when included in Já International Theatre.

Filled with pride, Suresh Nampuri told The Portugal News that Já will be participating and representing Portugal in a European Initiative that gathers theatre groups from different European countries. The initiative will allow the group to “build new international collaborations”, as well as create new opportunities for every artist. It will be possible to showcase the work being done by the group, taking Já International Theatre to other corners of the world.

Currently, the group is “looking for collaborations”, appealing to those who want to share an idea to contact the group.