The Arrábida Natural Park is a biogenetic reserve, covering approximately 10.800 hectares and is located 50km from Lisbon, including the municipalities of Palmela, Setúbal and Sesimbra in the district of Setúbal.

Arrábida Natural Park has many idyllic beaches not far from the town of Setúbal, which represents a tranquil and natural meeting point between the land and the sea. In hopes that you have not yet visited, I wanted to share some breath-taking crystal-clear water beaches surrounded by a magnificent landscape, with a couple being especially ideal for those looking for solitude.

Arrábida Natural Park is known for its remarkably diverse fauna and flora, and I was surprised to read that up until the 20th century you could see wolves there too. Due to the absence of these predators, an increase in wild boars in the Serra da Arrábida can be found. “About 1,400 plant species are concentrated in this territory, corresponding to 40 percent of the Portuguese flora.” Most uniquely, the area is unspoiled by mass tourism due to its traffic and parking restrictions, which makes it all the more worthwhile for hiking with several trekking paths to choose from along the beautiful coastal landscape and of course the beaches!

Located in the Serra da Arrábida Natural Park, Portinho beach is known for its beauty due to its spectacular views. The beach is hidden in the heart of Arrábida National Park and is a hidden gem of the area. The beach is covered by fine white sand, while the water is crystal clear, surrounded by cliffs. Portinho da Arrábida is cited as being chosen as “one of the seven wonders of Portugal in the beaches and cliffs category.” In this tranquil bay it is possible to go diving to observe the marine diversity, with the bottom of the sea being considered a natural reserve. 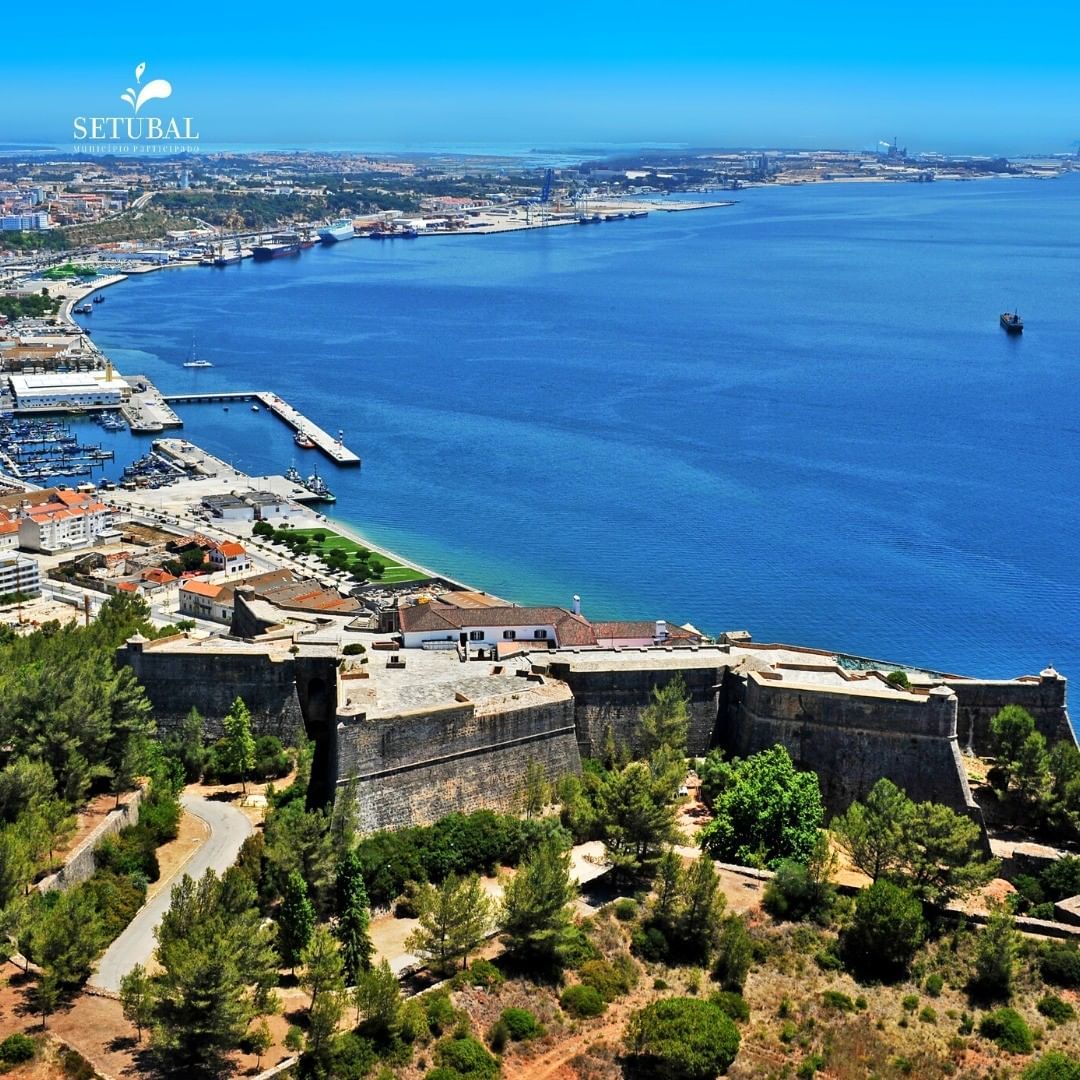 Praia dos Galapinhos has already been named by Portal European Greatest Destinations as the best and most beautiful beach in Europe for 2017 and from the photos you can see why. Although it is larger than the nearby Galapos Beach, it is less busy because of its difficult access and lack of parking. However, it is definitely worthwhile when you do reach the sand as it looks like a little piece of paradise, where you are met with sun loungers for rent so it is perfect for bathers looking for a quieter but spacious beach.

This is an accessible beach and the easiest to find from the road in the Arrábida Natural Park. Follow the staircase that leads down to the beach with calm waters. With accessibility there does come crowds making it a popular spot. If you are looking for seclusion, I would recommend other beaches in the area however it makes for a great family beach because you have food and drink options and toilets as well as sun lounges and parasols for hire. 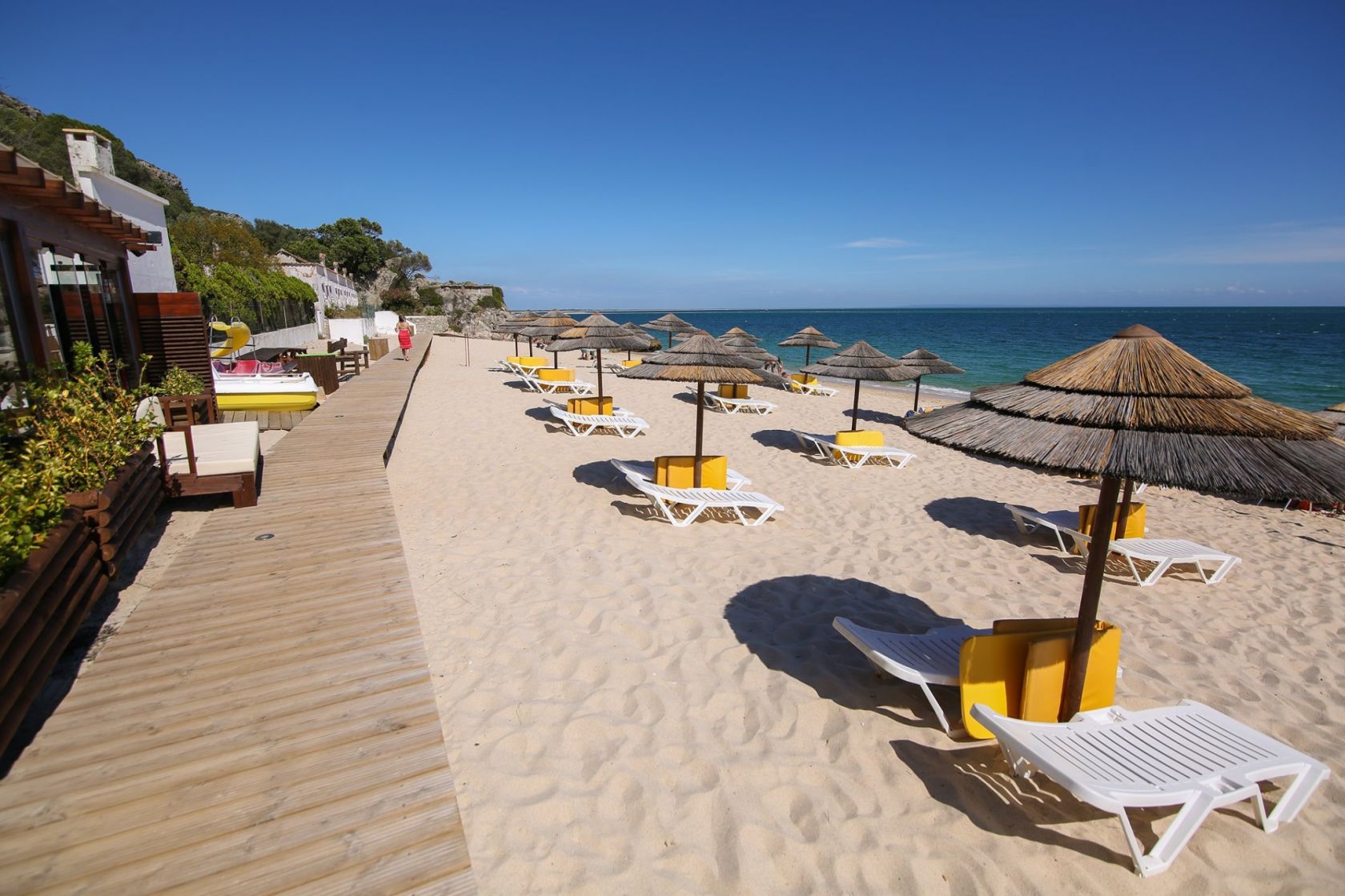 Praia dos Coelhos, translating to “bunnies beach” is an isolated and wild beach which is located in a small cove at the bottom of Serra da Arrábida, which you must follow the unbeaten path and steep slope to find (from photos I definitely suggest trainers). It is definitely for those who are more adventurous and looking for a great Instagram worthy photo. It is important to note that it has no facilities but that it is undoubtedly a picturesque spot, with a white sand beach and transparent calm waters. This beach has little human intervention and is perfect for some much-deserved peace and quiet.

Praia do Creiro is a beautiful beach located right next to Portinho da Arrábida beach and has started to receive many more bathers since a large car park and an access road were built. It is a wide beach and perfect for families due to its calm waters, and couples alike due to its scenic views. It has great access to restaurants and affordable bars, and for peace of mind it also has lifeguards during the bathing season. From this beach you can walk to Praia dos Coelhos, Praia dos Galapinhos and Praia dos Galapos which takes about 15 minutes. Uniquely, from the car park, you can see an archaeological site of Roman ruins which was discovered in 1987 called “Estação Arqueológica do Creiro”.

Emirates flying to Portugal to recruit