The magnificent and monumental Toin Adams

Fishermen, fairy tales - and all that that entails

Once upon a time, or back in 2013 to be more precise, I happened to visit the park in Loulé one evening and suddenly found myself face to face with some mysterious, magical and almost mythical looking ‘Beings’.

I had to pinch myself to make sure I was awake and that these dreamy creatures weren’t a figment of my imagination. Waving their feathery features, these colourful ghouls and goddesses invited anybody and everybody to enter into what is now the 8100 café. 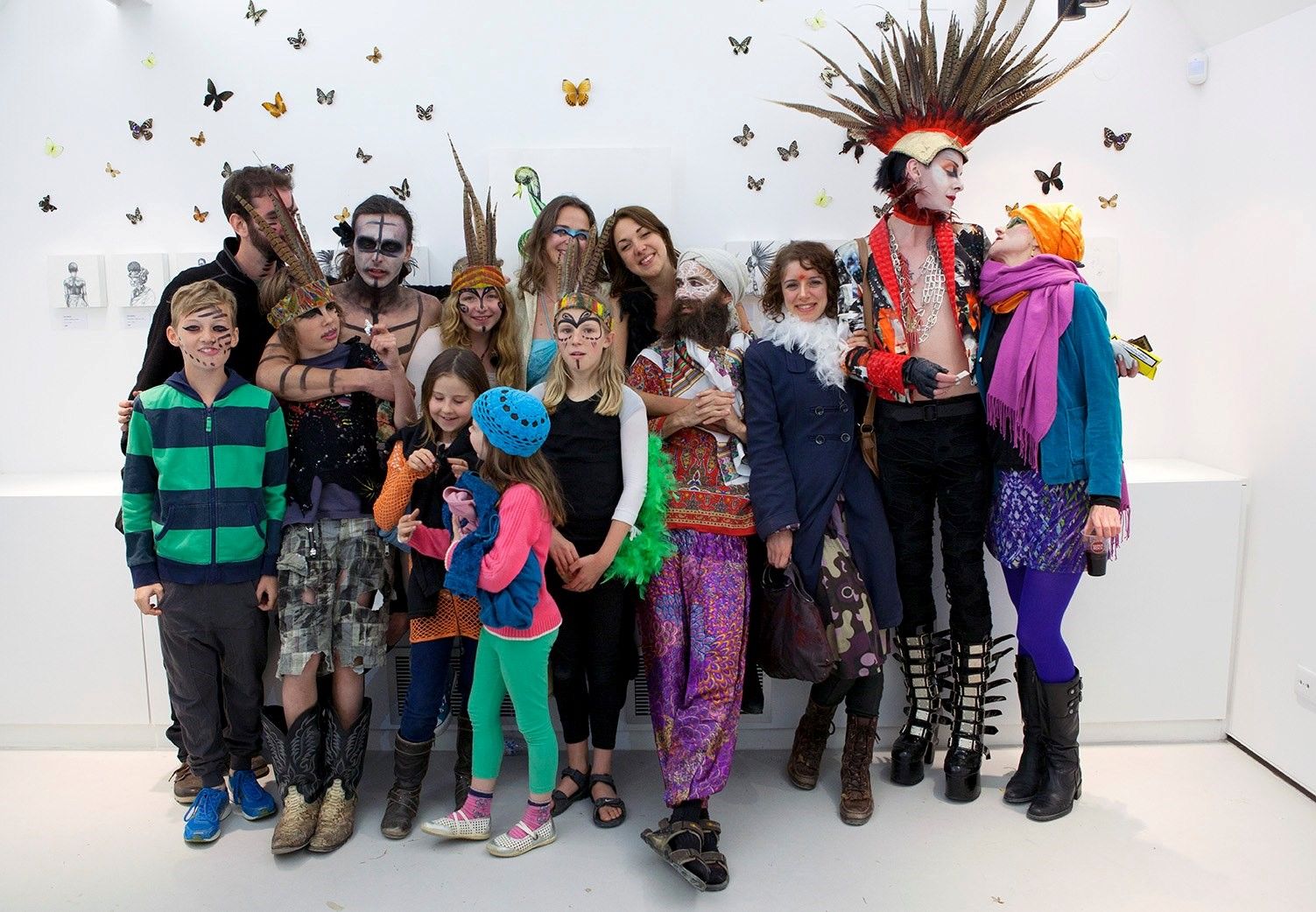 In I went and, I’ll be honest, the rest of the evening was a bit of a blur. But a wonderful blur! There were flashing hula hoops, fire jugglers, fabulous murals, sculptures, projections, enchanting music and all the while these ethereal other worldly creatures moved gracefully among us, hanging from the ceilings and dancing in the windows.

Last year (some of you may remember) I met the “Famous 5” members of the Quinta Art Collective when they were helping the kids at AIS (Algarve International School) splash around with some paint and create some colourful murals on the front wall of their school.

Or, maybe I should say, I met the “Famous 4”. Toin Adams, the magnificent metal sculptress of the gang, was missing. She had hurt her foot and although she had been there to kick things off (so to speak) she couldn't stay.

I met her a few months later at Jessica Dunn's exhibition though and in our brief conversation she told me that she was in the final stages of a project that has been in the works for the last 12 years.

On November 30th 1943, a US Liberator bomber crashed into the Faro estuary. Local Portuguese fishermen saw the crash and launched a daring rescue. They managed to bring the surviving airmen safely to shore but they never got any credit at the time and their heroic deed was swept away by the tide of history… Until now!

The story was uncovered by the Algarve journalist Carlos Guerreiro, and it caught the attention of Michael Pease, a retired Englishman, now 90, who has lived in the Algarve for many years. 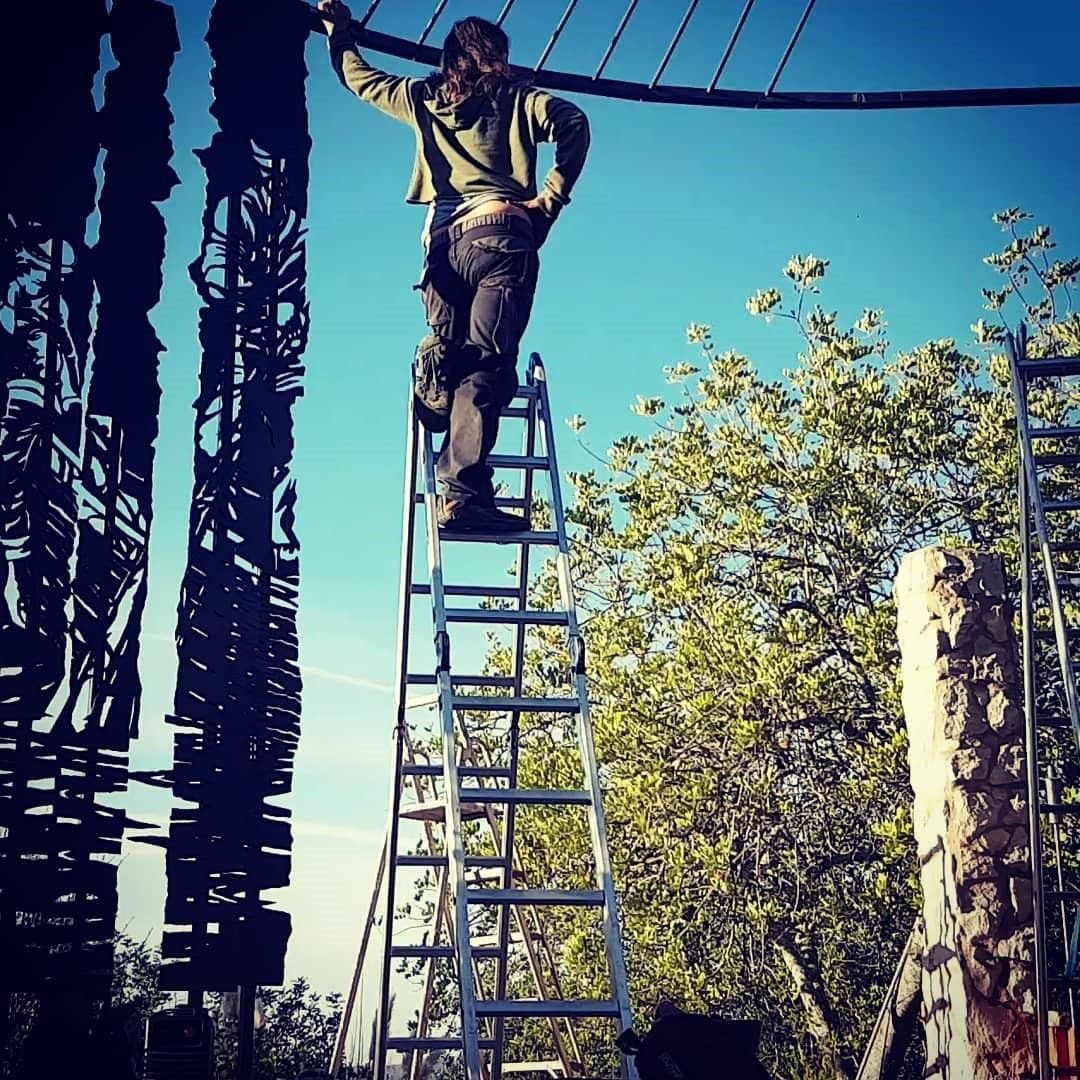 Michael felt strongly that such an act of courage had to be celebrated - it needed a memorial. And, luckily for him, he found just the person who could ‘make it happen’.

It has been a labour of love for Toin, as well as many of her creative and helpful friends and family, who over the last few years have put their hearts, souls and not to mention time into the piece and without whom Toin says it would never have been possible.

It hasn’t been smooth sailing, but now, finally, this stunning steel sculpture is in place at the Largo de São Francisco (close to the marina). Overlooking the same estuary where the crash took place, it pays tribute to those courageous fishermen, immortalising the moment in metal and putting their bravery firmly back on shore.

Now, I should perhaps mention that the plaque isn’t quite done and the date for the inauguration is yet to be set. But, dare I say it, you could always just go and have a look anyway - it's not going anywhere.

Toin, on the other hand, is slightly more difficult to pin down but I eventually managed to catch her at the 8100 café.

Born in Zimbabwe, she has lived in Portugal for 20 years - regularly venturing off to decorate the world with what can only be called her ‘monumental’ artworks. 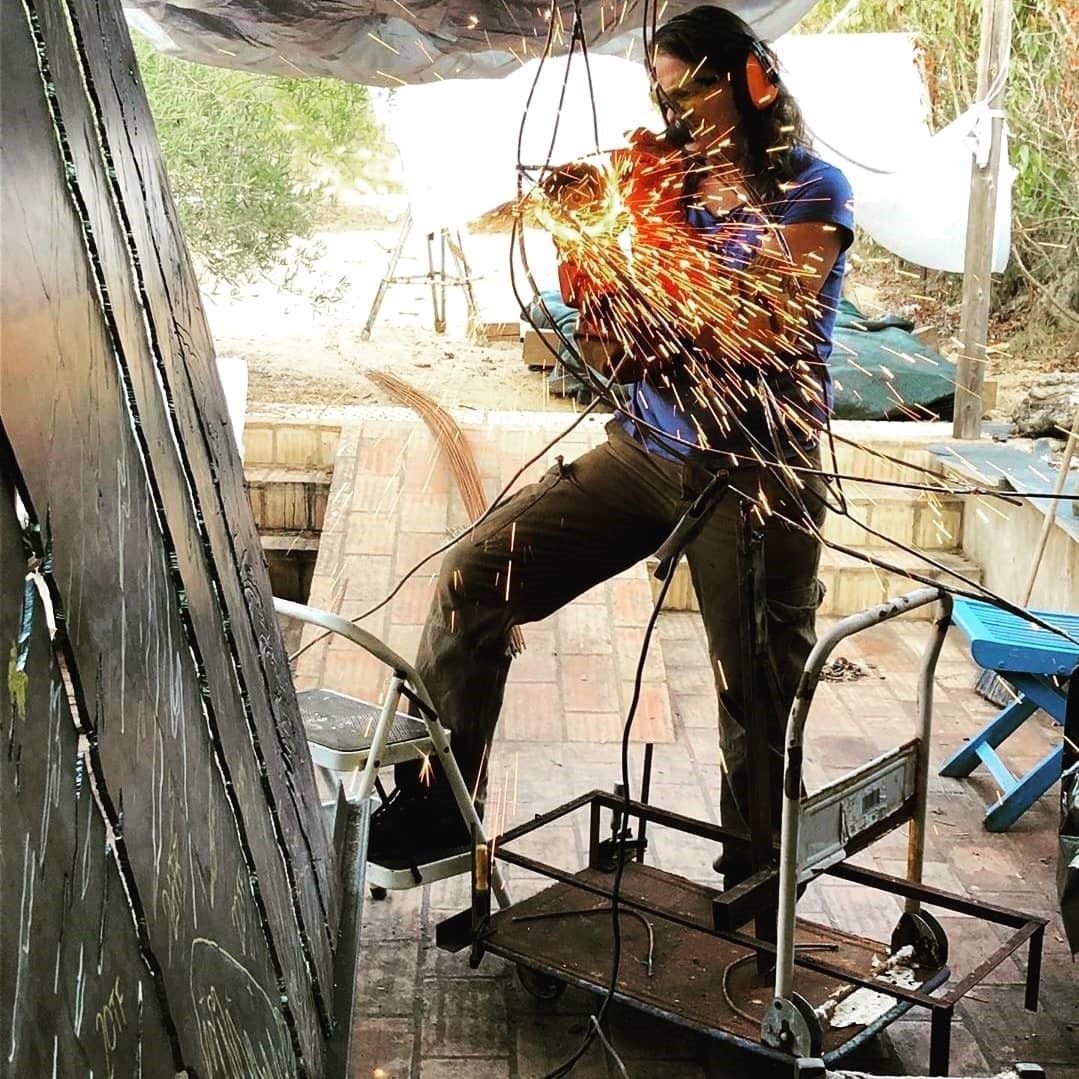 Working with steel, acrylic, fibreglass, stone and anything she can get her hands on, she likes to build large scale sculptures and, in her words: “figure out how to stop them falling over”.

But not everything she makes is MASSIVE. Toin also paints murals and draws the most incredible pictures inspired by the magic and mystery of her home continent of Africa. 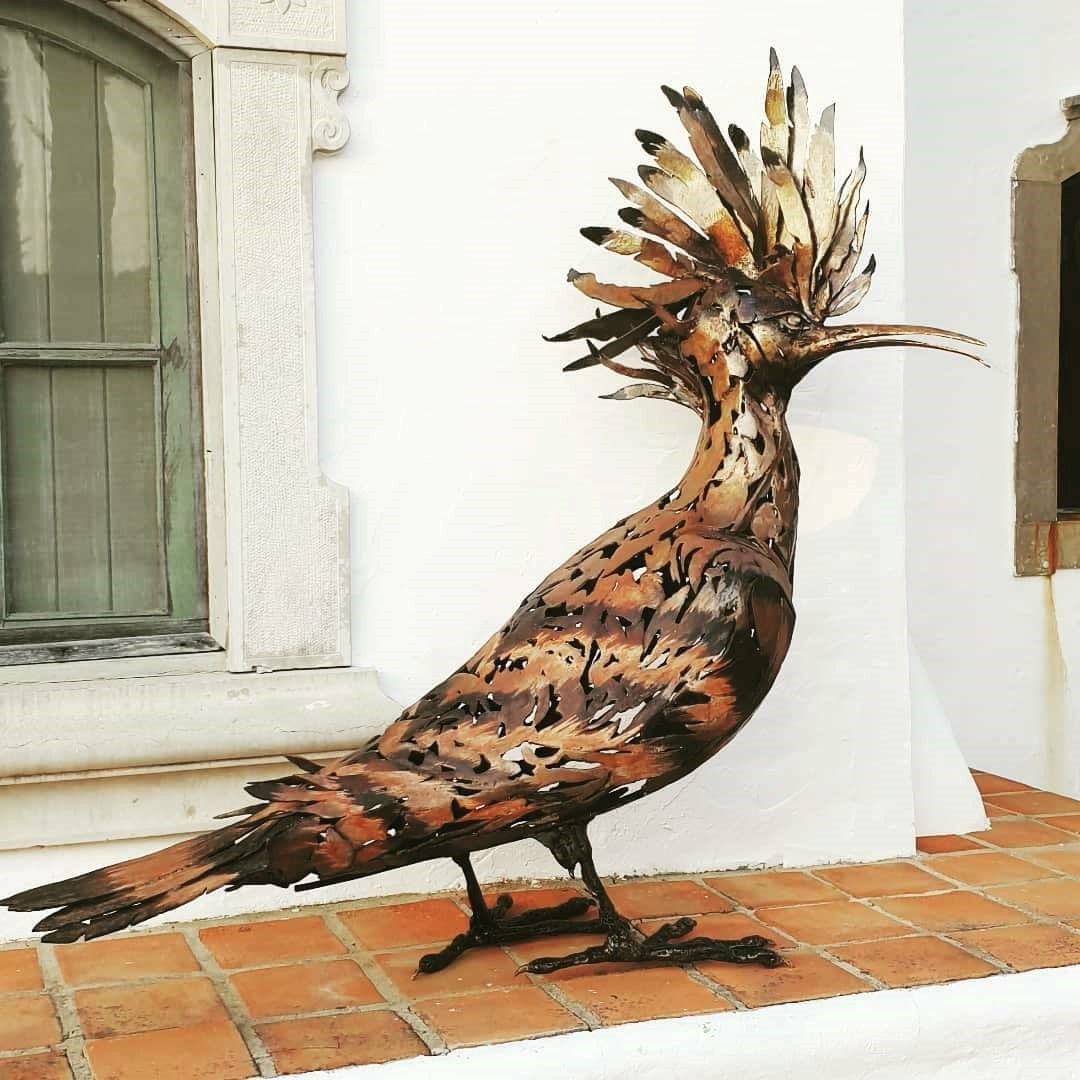 Imagine what you want to be & just be

Slowly I realised we were not alone.

Remember that fairy tale evening I told you about at the beginning? Well, I was delighted to discover that Toin was one of the magnificent minds behind that event and that I had somehow found myself amongst the latest constellation of these ‘Imaginary Beings’ as they started to sit down around us to brainstorm about a future project.

Inspired by the book by Jorge Luis Borges called ‘The Imaginary Beings' (a sort of encyclopaedia for mythical creatures), this informal art collective occasionally brings together diverse creative talents from all over the world to create elaborate events and, well... “make dreams come true”. (I can’t wait to see what they conjure up this time.)

They all lived happily ever after

This story seems to jump from fairies to fishermen - and back again. However, in this case, it seems to be rather fitting.

Toin, I got the impression, seems to juggle a lot of different projects. Always onwards and ‘up ladders’ to the next BIG thing. But what's wonderful - is that she wants to take everybody along for the ride.

Teamwork is what really does make the ‘dreams work’.

The magnificent and monumental Toin Adams