“Muz Murray has pursued the way of the mystic with tremendous rigour and determination”. — Colin Wilson (The Outsider Author & Philosopher)

Stress is one of the most prevalent maladies in our lives today. Nervous breakdown, alcoholism, high blood pressure, family fights, inefficiency and recuperative time off work are only a few of its effects.

But there is relief. As many students of yoga have found, such problems can be overcome with specific breathing techniques and the time-honoured ancient practice of Mantra (the Science of Sonics). This ancient art has been practiced for thousands of years with consistently efficacious results.

The mysteries of mantra and its capacity for mental, physical and spiritual healing are little known in the Western world. Although we are all familiar with the fairy-tale magician's words of power (those secret syllables which when uttered usually unlock hidden doorways into the earth, revealing a cave of treasure), we are generally unaware of the esoteric significance of such stories. They are in fact folkloric references to the sacred subtle-sounds used by the mantric adepts, which open 'the cave of the heart' (to Universal love) and reveal the treasure of the spirit.

Mantra is a profound and practical method of self-awakening, opening and reprogramming of negative energies. The word mantra itself means 'that which protects consciousness'. The first syllable man comes from the Sanskrit term manas-- 'thought, consciousness', and the suffix tra- 'that which protects'. Thus, the use of mantra protects us from our own minds and frees us from the negative pollution of our thoughts and non-stop thinking.

With constant practice, mantra repetition brings us to the blissful state of mental stillness. It is the quickest and most effortless way to enter into a state of meditation. 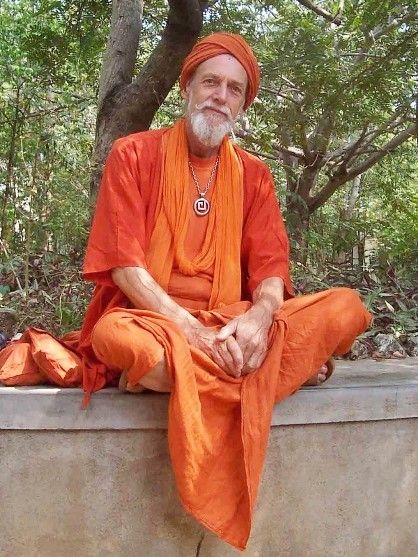 Although it is helpful to have practiced some form of yoga before beginning with mantra, it is by no means a necessity. Anyone can benefit from the vibrations. Less active newcomers to yoga generally take to it like ducks to water! While some find its 'spring-cleaning' effect on the psyche allows their long-blocked feelings to arise and be dissolved in emotional release, others find in mantra an immediate sense of 'coming-home', of being 'cuddled by the universe', or a supportive joy in deep meditation. At the very least, it is a wondrous relief for the overburdened mind. Mantra has the blossoming of the heart as its central experience.

Psychotherapist and Mantra Yogi, Muz Murray, has studied and taught these practices for over half a century all over the world as a workshop leader and Conference speaker more than 20 countries. Before retirement, he is now offering what may be his last 5-day Mantra Retreat at a Yoga & Zen Centre near Boliqueime, from the 5 to 9 September.

If you are interested in the opportunity to work with Europe’s most renowned Mantra Master, please email gerugandalf@gmail.com. Participants in his Mantra practice invariably express that the result of a workshop leaves them in “a state of bliss.”

How green can you go?