It’s absolutely no coincidence that Sabrina Ghayour’s latest cookbook is all about ease.

She wrote Persiana Everyday during some major life changes: she had just become a stepmother to two young boys, and the new family were thrust into lockdown as the pandemic began.

While Ghayour admits it’s a “miracle” the book got written, she’s full of pride for her work – and is obviously relishing her new parental role. The everyday theme of the book might have come at a good time, but it’s a culmination of her changing style over the years.

When she wrote her first book, Persiana, in 2014, she says: “Nobody knew me – I was writing a book of recipes I really wanted to put out there, whereas now I think [of the recipes in her new book] this definitely doesn’t need that last sprinkle of whatever, or those nuts really didn’t make much of a difference, so I’ll leave them out.

“Simple, economical, flavourful” – are the three things Ghayour says she wants to deliver to people in her cooking. “So I’m constantly trying to strip back ingredients where I can, because it’s cheaper – and coinciding with what the heck is happening in the world, that’s not a bad thing.”

2. Put the chicken thighs into a mixing bowl, add the other ingredients with a generous amount of salt and pepper and turn the chicken to coat well in the mixture, preferably using your hands.

3. Lay the chicken thighs on the lined tray and roast for 40 minutes or until sticky and charred around the edges and cooked through.

4. To serve, slice the chicken and serve in warmed flatbreads with Greek yogurt, coriander leaves, sliced spring onions and alongside lemon wedges for squeezing over. 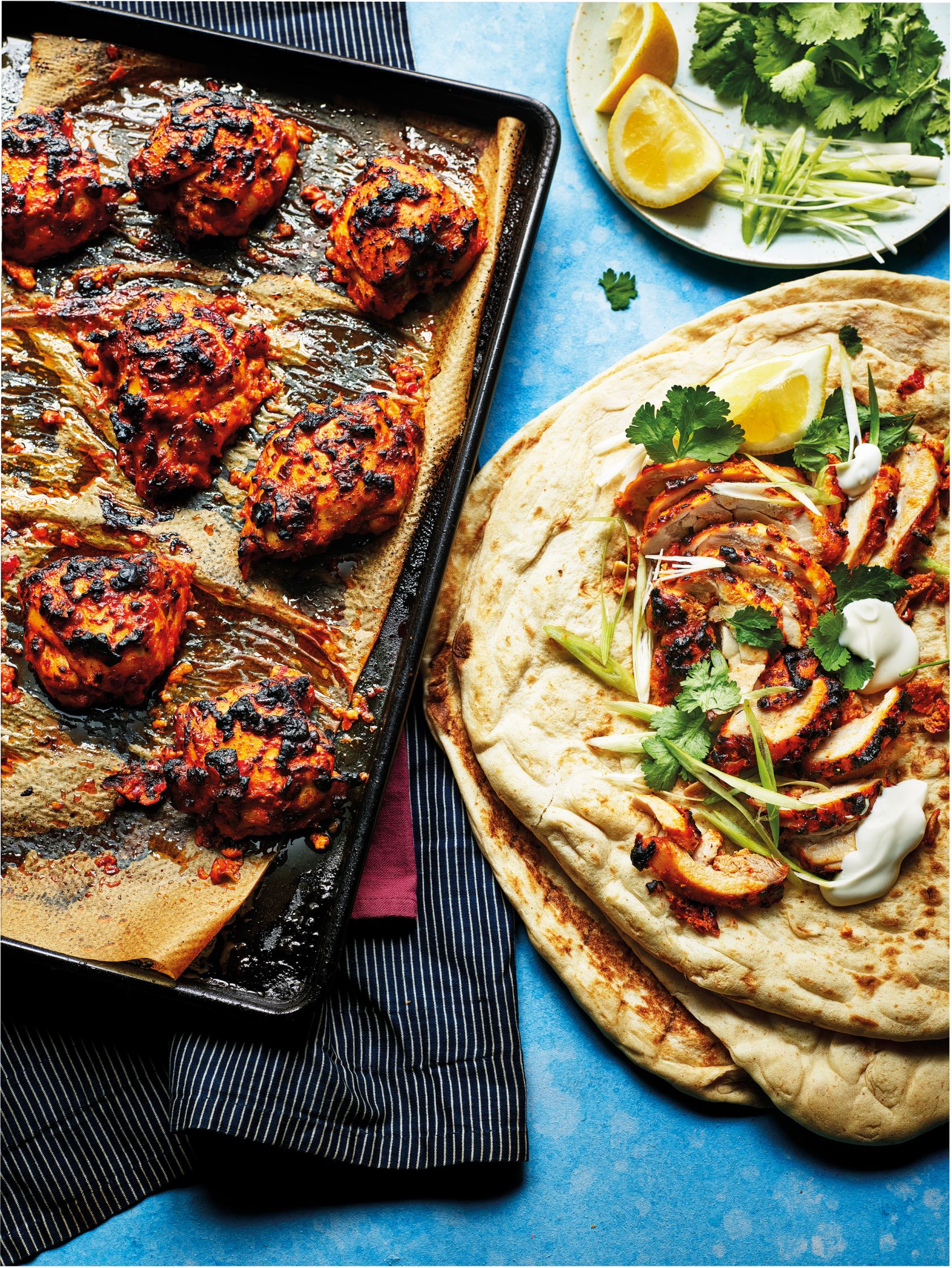 2 large aubergines, peeled and cut into round slices 2.5cm thick

2. Brush both sides of the aubergine slices with the olive oil, arrange in a single layer in the lined tin and roast for 22–25 minutes until cooked through but not browned.

3. Mix the pomegranate molasses and honey together until evenly combined. Use a pastry brush to brush the mixture evenly over the aubergines on both sides, then sprinkle with a little salt. Roast for another five to six minutes until the glaze is thick and sticky.

4. Scatter with the spring onion and peanuts before serving. 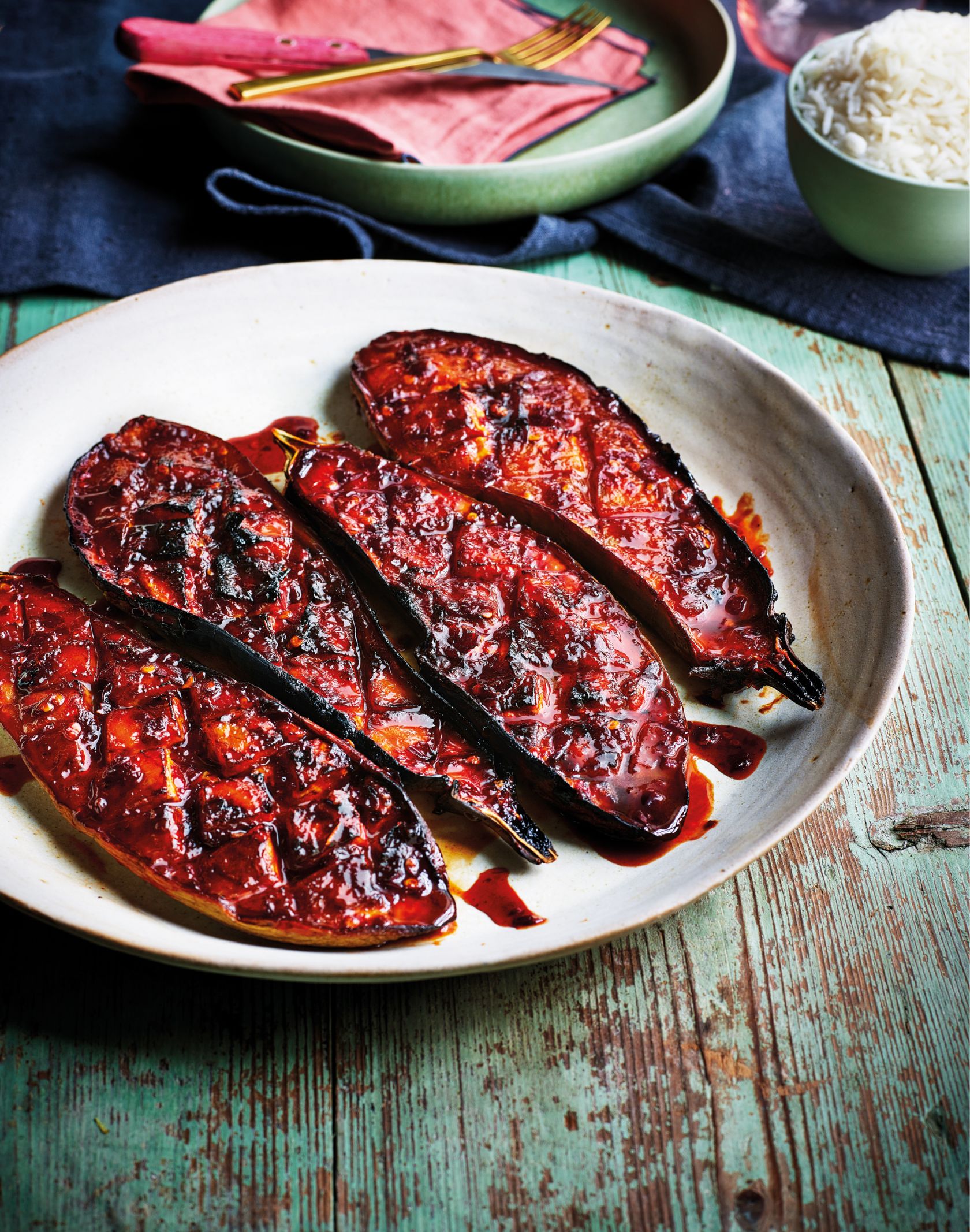 4–5tbsp tahini (make sure it’s not too thin, and avoid using excess oil)

2. Lay the pastry sheet on your work surface.

3. Mix the tahini with the sugar and cinnamon in a small bowl. Spread the mixture evenly all over the pastry sheet, leaving a two centimetre clear border along one long edge. Starting from the opposite long edge, roll up the pastry tightly.

4. Cut the roll into four, then cut each section into three equal slices. Lay the slices with the swirl facing up on the lined tray, spaced slightly apart, and flatten each one gently. Bake for 20–22 minutes until nicely browned on top. Remove from the oven and leave to cool on the tray before serving. 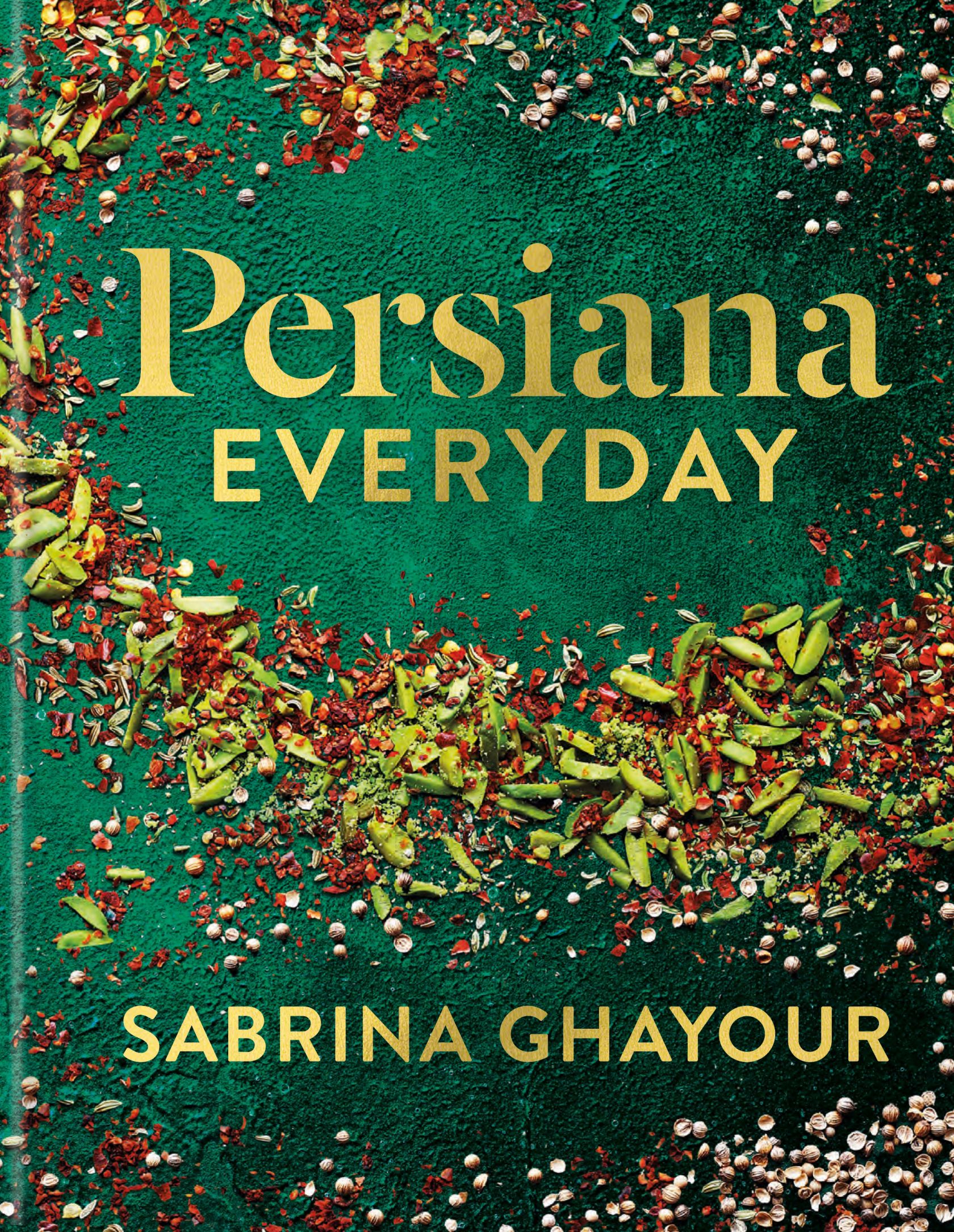 Comfort food doesn’t have to be bad for us