Keeping produce fresher for longer will hopefully help you cut down on trips to the supermarket.

There’s nothing worse than buying a beautiful bunch of herbs, only to have them wilt within days – before you even have a chance to cook with them.

But there’s an easy hack to fix this: simply fill a glass with a few centimetres of water, and pop the herbs in like a bunch of flowers. To really extend the lifespan, put a sandwich bag over the top – you’ll be surprised at how much longer they’ll last.

2. Freeze any fruit on the turn

The same goes for any greens starting to look a bit sad – they’ll be perfect in a smoothie at a later date.

3. Pop old bread in the oven

You don’t have to chuck out bread when it goes stale – instead, quickly run it under the tap and pop it into the oven for a few minutes. The water helps rehydrate the bread, and it will come out of the oven tasting fluffy and fresh. 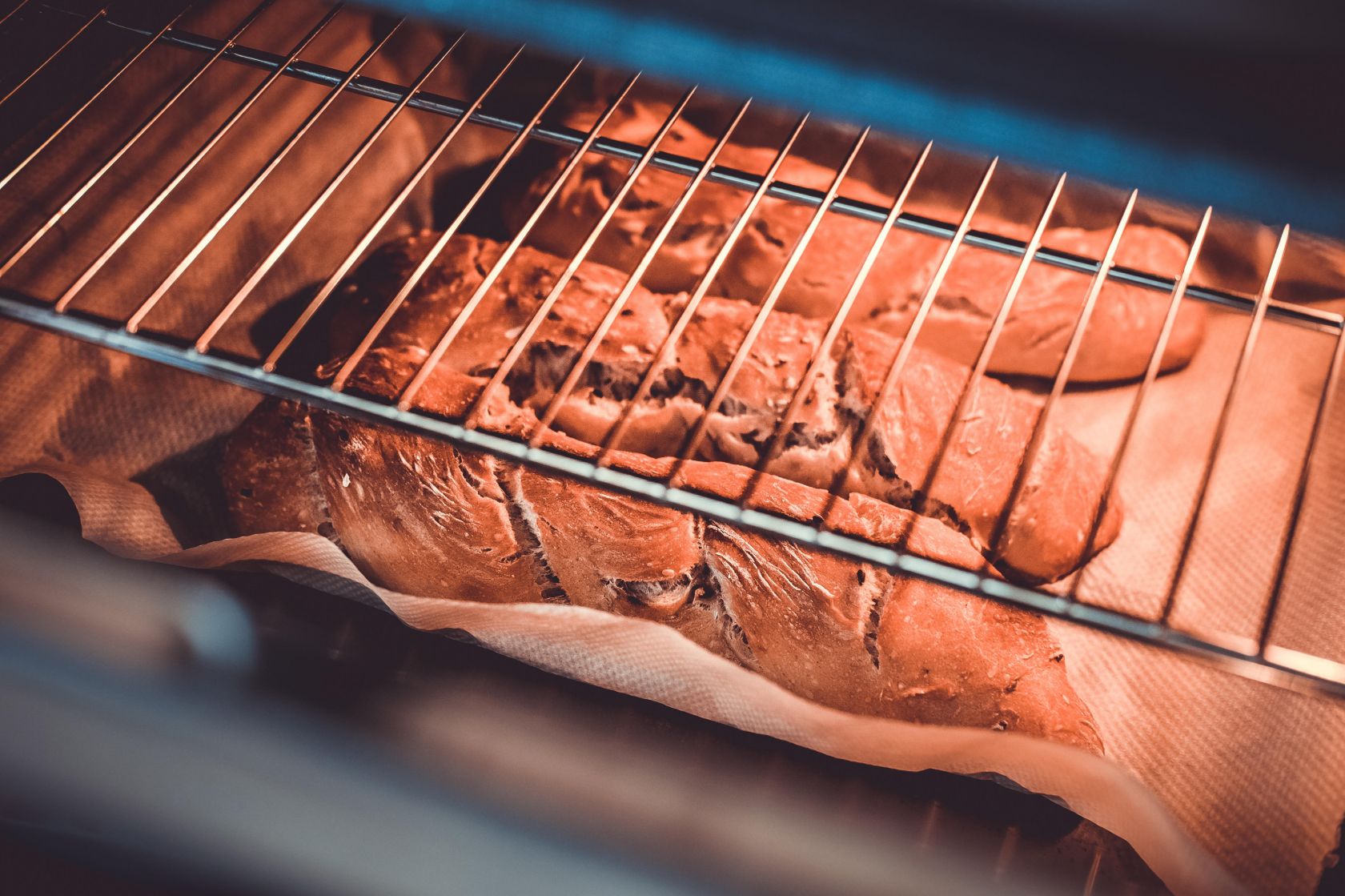 4. Wrap your cheese in baking paper

Cheese might come in plastic wrapping, but it won’t survive for long like that in your fridge. Instead, wrap it in a porous material – such as baking paper – so it can still breathe, but doesn’t harden up like it would fully exposed to the air.

5. Put wine in the freezer

If you haven’t finished a bottle of wine and don’t want it to go to waste, freeze it in an ice cube tray. This creates perfect portions of wine to add to your next stew or bolognese, or to use to make a sangria. It just won’t taste quite the same as a drink on its own.

6. Only wash salad when you want to eat it

Moisture is the enemy of salad, so next time you buy a bag of greens, don’t be tempted to immediately rinse it under a tap. Instead, line a plastic container with paper towels, put the leaves on top (not too tight), and place some more paper towels on top. When you’re ready to eat, give them a quick rinse and you’ll be good to go.

7. Rinse berries in a vinegar solution

There’s nothing more annoying than buying a beautiful punnet of berries, only to have them going soft or moudly within days. However, washing them in a solution of three parts water, one part vinegar apparently makes them fresher for longer – as long as you dry them properly after washing, and store in a paper towel-lined plastic tub.

If you find yourself constantly dealing with brown bananas, buy yourself a bit of time by wrapping the stems in cling film. Bananas produce ethylene gas, and this speeds up the ripening process when it travels to the rest of the fruit. You can slow things down by wrapping the stems in cling film – equally, production of ethylene gas is slowed when you hang bananas up by a hook.

It’s hard enough getting kids to eat carrot and celery sticks, let alone if they’ve gone a bit soft and limp. If you want to maintain that crunch, you could try cutting the veg into sticks and storing them upright in glass jars, fully submerged in water.

Comfort food doesn’t have to be bad for us