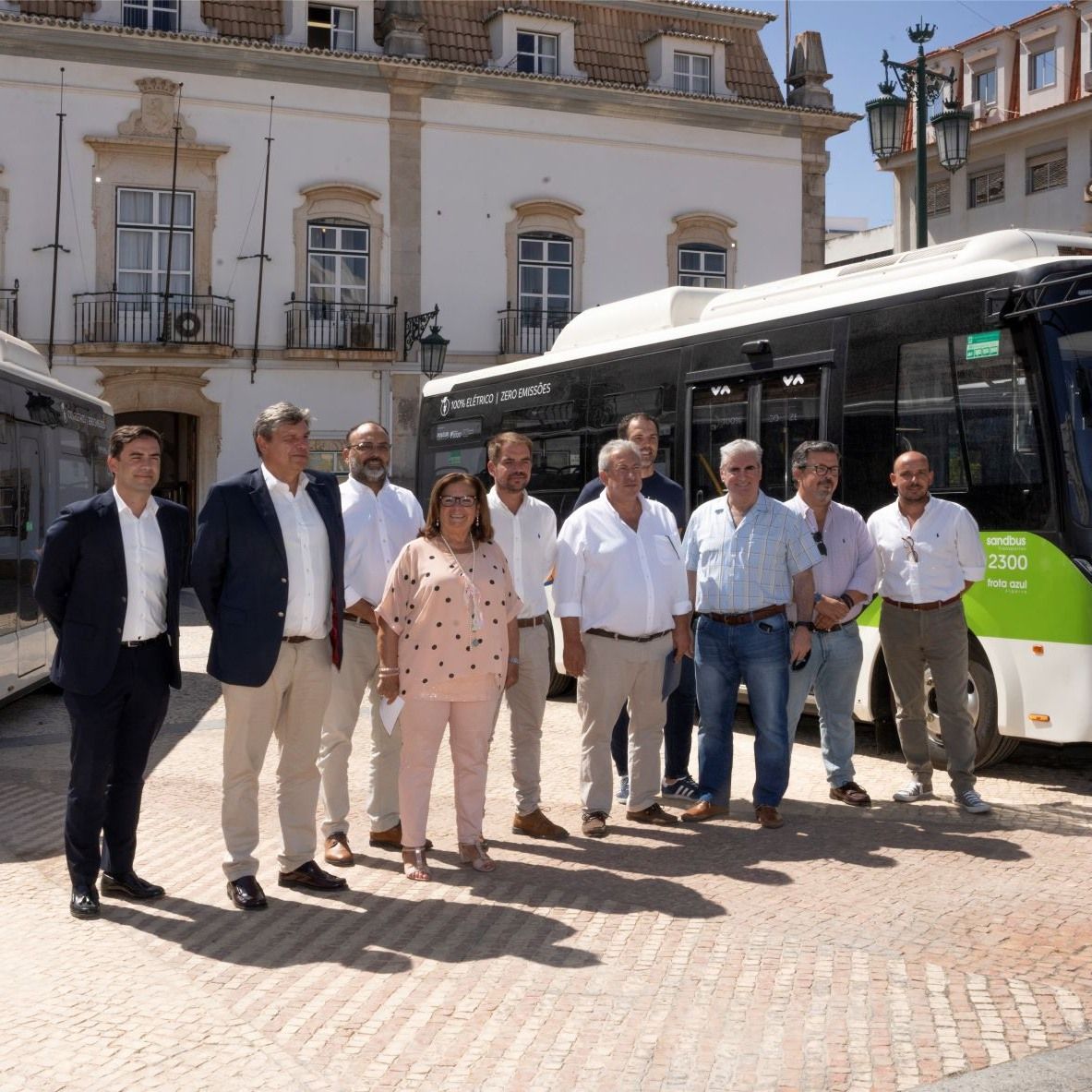 The municipality is committed to having 70% of its fleet of buses being electric by next year, which will make it possible to reduce CO2 emissions.

It is already possible to travel in Portimão on electric public transport, since the first ten electric buses that reinforced the Vai e Vem fleet (local buses in Portimão) began operating on 30 August in the city. This is the first step of a project that, in 2023, will be expanded with eight more 100 percent electric vehicles.

At the presentation of the buses, which took place on 29 August, Ricardo Afonso, director of Sandbus Transportes, the company that manages Vai e Vem in partnership with Vamus Algarve, said it is time to invest in energy efficiency. "It is an honour for us to start in Portimão with the introduction of electric vehicles in the Algarve region."

Isilda Gomes, Mayor of Portimão, praised the company for complying with the rules of the tender, "which does not always happen" at a time when climate change is on the table.

"From now on, 40 percent of the Vai e Vem fleet, made up of 26 vehicles, is already electric and when the remaining eight buses start operating we will reach 70 percent, which is exceptional when compared to other Portuguese municipalities," the mayor stressed. In her words, "this is a first and very decisive step in the fight against climate change, because we have to look to the future and the future is zero emissions".

Each bus will have a range of about 280 kilometres, and an annual reduction in CO2 emissions of about 675 tonnes is expected.

Not only are the new buses eco-friendly, they are also inclusive as they are adapted for wheelchair users. In addition, the new buses will offer Wi-Fi. However, this will not mean an increase in prices.

How do wages in Spain compare to Portugal?

Forget the buses. What about getting the gas guzzling cars and trucks that emit high levels of illegal emmissions and black smoke constantly. I am a motor cycle user and am constantly being poisoned by these vehicles and their owners. There seems to be no intent by the authotities to clamp down on these illegal emmissions. New electric buses cost a fortune and the clamping down on high pollution vehicles would be much more effective and cost less.

Having Wifi which actually works on public transport is not new - access to good Wifi is a human right. Most public Wifi in Portugal does not work.

How do wages in Spain compare to Portugal?

SOS Save the Seahorse

Mothers in Republic work more than their counterparts in the North, study finds.

The best chefs and restaurants in Portugal

Number of homes for sale in Portugal at 15-year low

US tourists up over 300% in Portugal