If castles, picturesque port towns and quaint rural settlements appeal, then jump into your motor car and follow the Guadiana River.

Along part of its length, the Guadiana forms a natural boundary between Spain and Portugal. Away from tourist hotspots, our trek from Vila Real de Santo Antônio (VRSA) to Monsaraz is an experience not to be overlooked.

Vila Real de Santo António is a bit of a curiosity. Whilst the town is not as outwardly touristy as other Algarvian spots, it would be unfair to suggest that VRSA doesn't attract its fair share of visitors. However, it's worth noting that VRSA won't feel quite like Albufeira or Vilamoura. This will doubtlessly appeal to those who don't crave that Benidormian 'strip' vibe.

Situated on the Guadiana estuary, this pleasantly chilled-out but nevertheless bustling border town boasts a marina, a riverside promenade as well as nearby shady pine-forest pathways which lead over some impressive dunes onto a vast sandy beach (Praia Santo António). There's also a regular ferry service to Spanish Ayamonte where a light tapas lunch awaits. Back in VRSA, your evenings could quite easily be occupied perusing some distinctly Portuguese menus offering such goodies as plump garlic prawns, fresh tuna fish, bacalhau amongst many other local delights.

Wile away your sunny VRSA afternoons enjoying a refreshing drink or some aromatic coffees under gently swaying parasols on the Praça Marquês de Pombal. You'll doubtlessly appreciate the architectural heritage of VRSA's market square which earned itself the title 'Little Lisbon' thanks to the influence of the said Marquês who oversaw the reconstruction of Lisbon as well as VRSA following the 1755 earthquake.

The town’s prosperity was once built on revenue earned from fish canneries. This industry fizzled out in the 1960s, consequently leaving some of the VRSA's riverfront area looking decidedly derelict. Nowadays, tourism provides the town with fresh opportunities prompting some of the hotels nearest to the town's central amenities to enjoy extensive refurbishments. They offer lucky guests luxurious accommodation complete with state of the art pools as well as roof terrace bars. 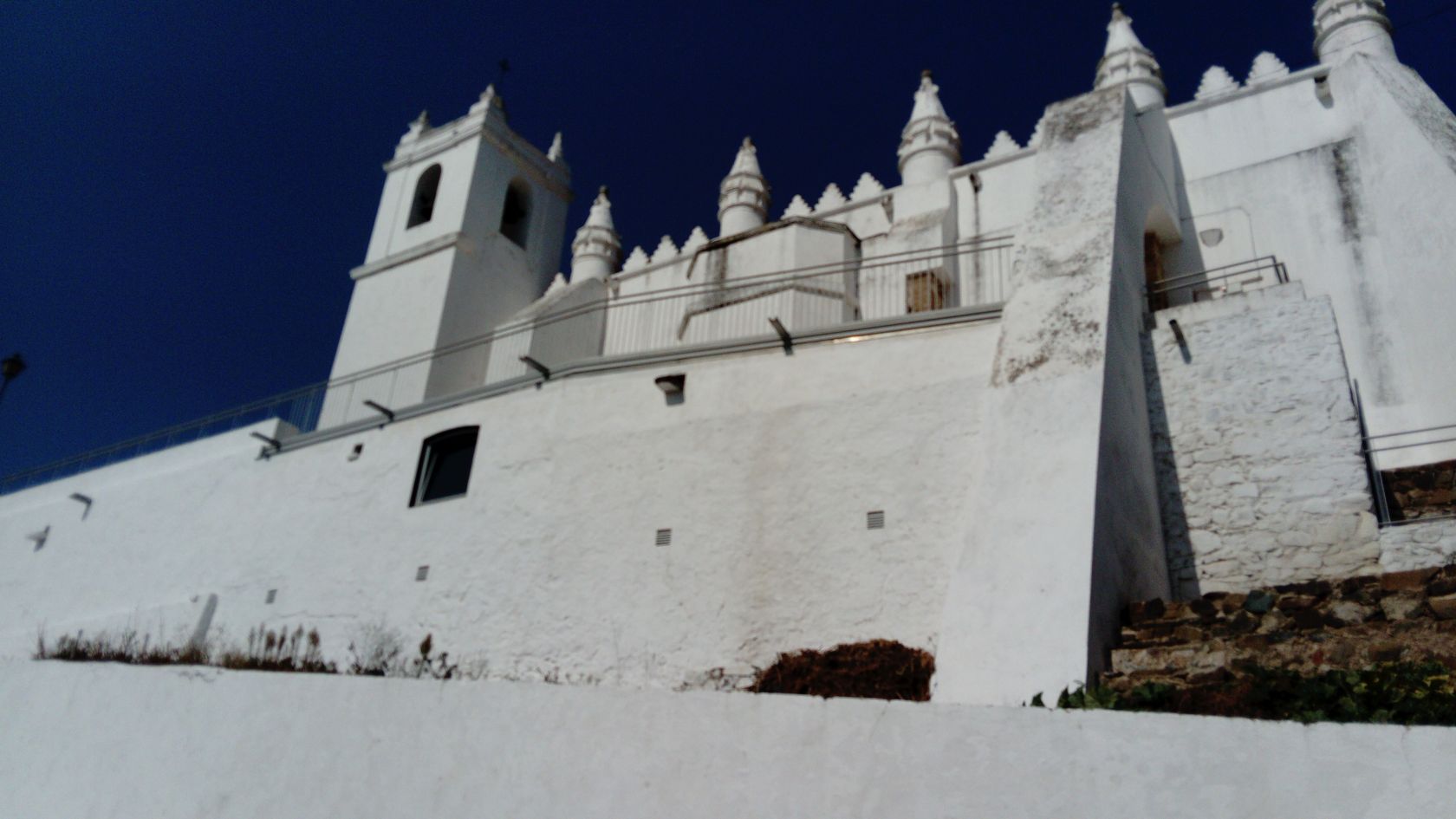 Just a few minutes upstream we find the ancient river port of Castro Marim. This small town sits alongside some vast marshlands well-known by ornithologists who often visit the area to observe large flocks of flamingos. From the town's elevated medieval castle there are spectacular views across the river towards Ayamonte as well as back towards VRSA across the salt marshes.

The Guadiana International Bridge presides spectacularly over these great vistas as busy lanes of traffic freely cross between Spain and Portugal. Like many other places in this often hot corner of the Algarve, the people of Castro Marim harvest that favourite of Algarvian resources - sea salt. It's naturally harvested by allowing seawater to evaporate from shallow man-made lagoons thus producing pure white salt crystals. Another one of Portugal's many natural bounties.

Next, the unexpected delights of Alcoutim. Here, it's easy to take an all too brief boat trip across this narrow upstream stretch of the river to the Andalusian town of Sanlúcar de Guadiana. It's worth mentioning that part of the 40km journey from Castro Marim to Alcoutim can be done on a minor road which hugs the banks of the river (EM507). Be aware that this is quite a narrow, oldish road but it does nevertheless yield some pretty spectacular rural scenery. There are countless orange plantations as well as olive and almond groves. We also saw some pretty gardens filled with figs and apricots, making this one of the most picturesque riverside drives imaginable. It's well worth checking out.

For a small town, Alcoutim provides some breathtaking views of both Spain and Portugal. Two dazzling, whitewashed villages gleam in the warm Iberian sunshine as they bask on opposite sides of the gloriously green, gently meandering river. Sanlúcar and Alcoutim proudly showcase their respective castles which almost grimace at one another from across the river. I can just imagine these old fortifications might continue to assume their roles as proud custodians of these Iberian borderlands. Thankfully, we're all perfectly welcome on either side in beautiful, convivial settings filled with floral displays and green spaces. The river simply provides a sun spangled backdrop overlooked by bars, cafes and restaurants. Alcoutim and Sanlúcar are an absolute must-see. I just love this beautiful region. 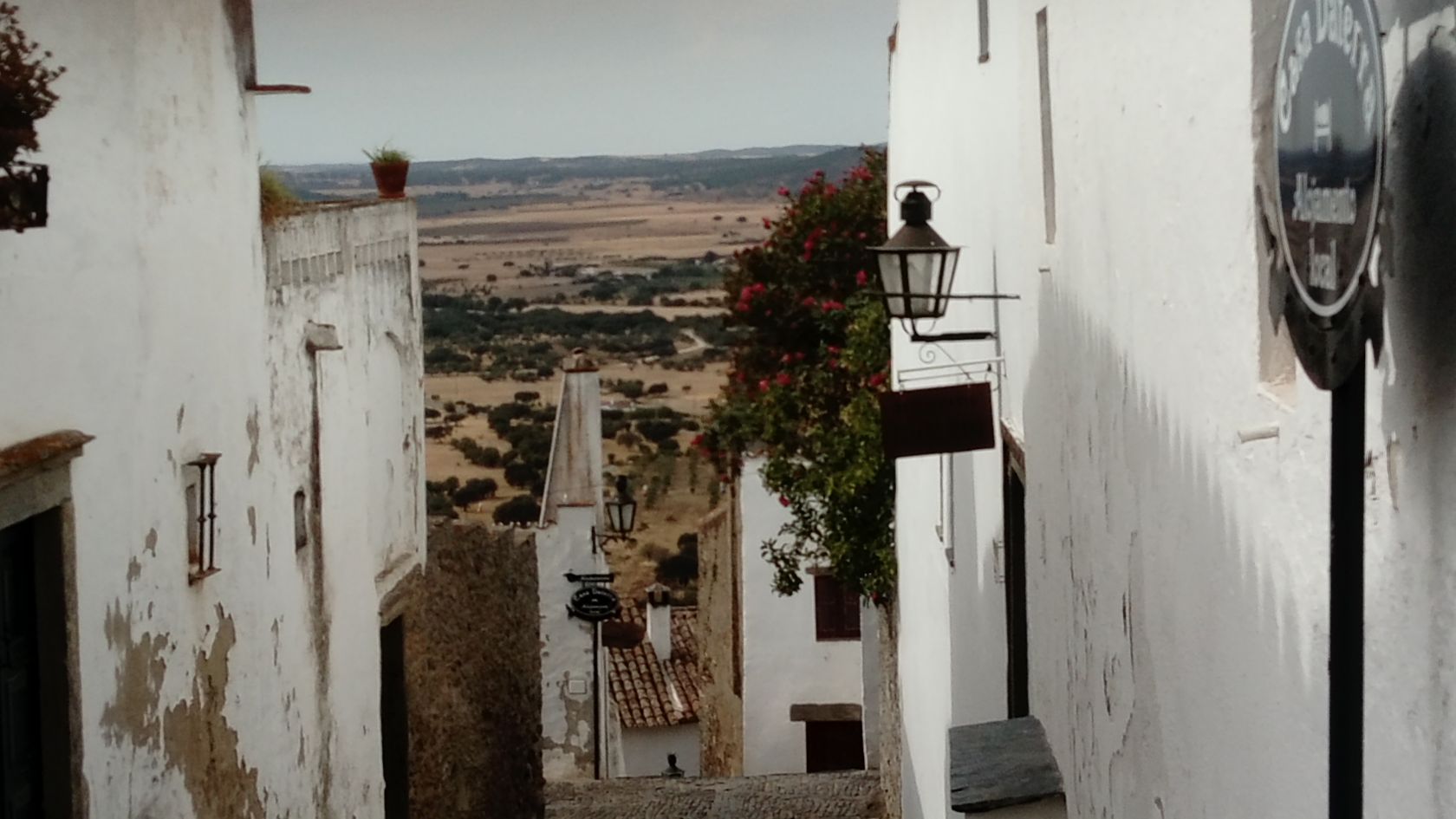 This road trip is a bit like the Guadiana itself because the route can, if you wish, meander between Spain and Portugal. It allows participants to avail of a pleasing 'best of both worlds' scenario. The majestic landscapes of Alentejo's Guadiana Valley Natural Park offer views of the most stunning night skies I've ever experienced. This is astronomy in Ultra High Definition! You can wave to other civilisations on distant planets and they'll probably be able to actually see you and wave right back. With an enthusiastic friend who's keen on astronomy, I managed to identify Andromeda, Taurus, Pegasus, the Milky Way, the Plough, the North Star as well as a few of the planets. We could see it all. Then, during hot daylight hours Golden eagles, kestrels and even vulchers ride the thermals over the Guadiana as it passes through some of Alentejo's most spectacular countryside.

Just a little further north, the Guadiana veers away from the Spanish border, heading deep into the Alentejo countryside. Mértola is just 37km from Alcoutim and sits on the edge of the natural park. This is a town with a typically Iberian labyrinth of narrow cobbled streets, local shops and some rather rustic looking buildings which often host quaint bars and wine shops (garrafeiras). The bars and cafes are often frequented by some older, deeply chilled friendly local menfolk who enjoy some ice cold beers during those hot Alentejo afternoons.

The Mértola region is well known for hunting in the vast rolling plains. There's endless scrublands of juniper, rock rose, eucalyptus and pines providing excellent shelter for game species such as wild boar, red-legged partridges, wild hare and fallow deer. Mértola is a town recognised for its hunting traditions and is often referred to as Portugal's hunting capital! Game often appears on local restaurant menus with murals and sculptures of said creatures dotted around.

Mértola offers yet more lofty views of the Gaudiana with pretty wharfs and jetties still used by an array of small craft which routinely traverse this navigable stretch of the river. The town was once a particularly important trading post which shipped grains and other goods downstream to Atlantic ports.

Another hour’s drive takes us north to Monsaraz. This is yet another ancient and enchanting town lost in time. It's a walled fortification purposely built on elevated ground some 600 metres above the vast Alentejo plains. Whitewashed streets make the elevated town a surreal and idyllic spot to admire awesome views of the Alqueva Dam and the surrounding countryside. 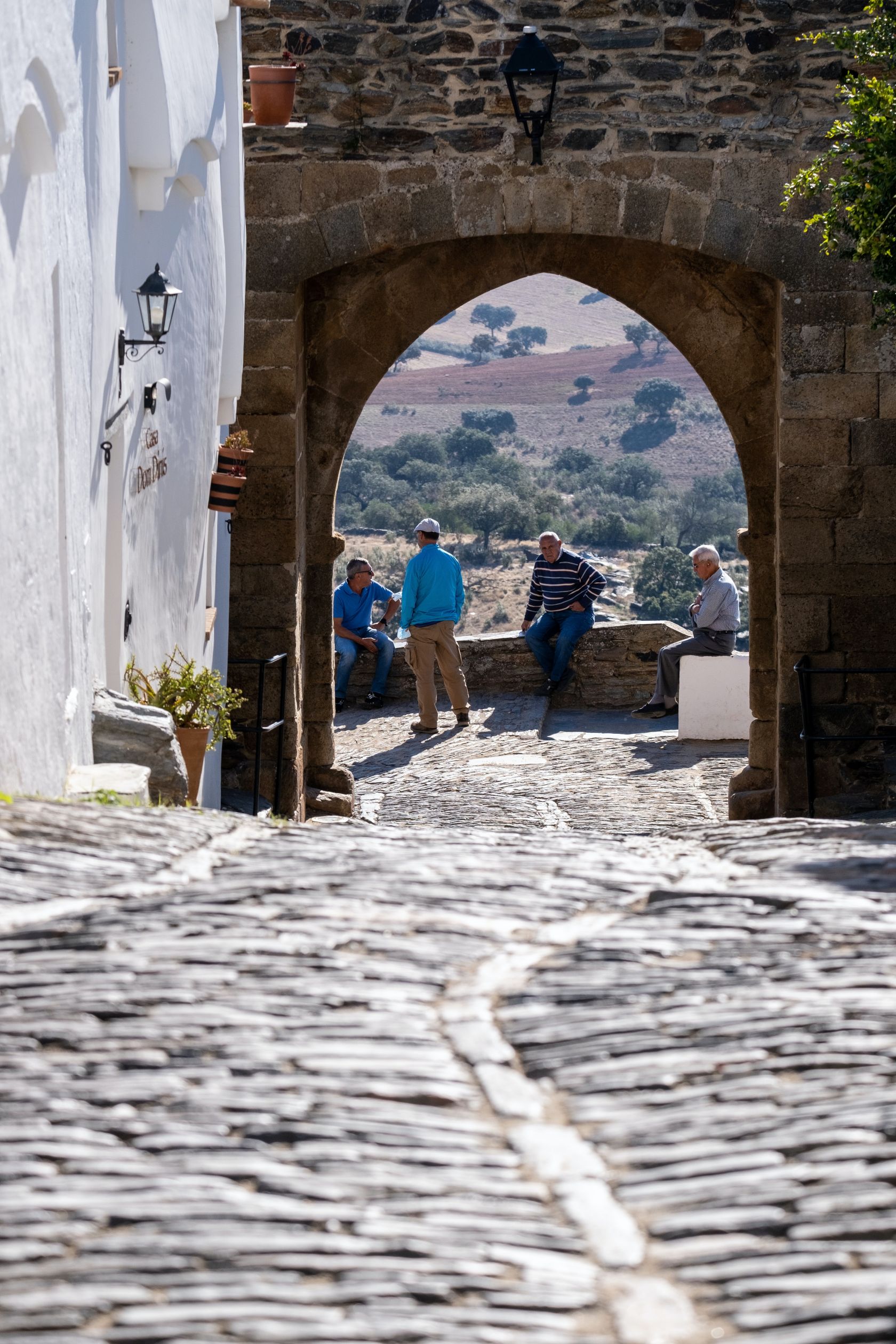 Despite Monsaraz being our last stop, our trip didn't end there. We headed towards Elvas and the huge Amoreira Aqueduct, opting for a Spanish return route to VRSA. But, that's another story.

This pleasant, winding trip sounds perfect. Do you suggest a time of year, a season, when it would be most appealing?

Please note it is "António" not "Antônio"! In Portugal we are still Portuguese and use the European version of the language!

“Is a revolution necessary?”

Man gives back 5k from drive-thru

Why Austin could be America’s wackiest city break