The Chalé of João Lúcio

A peaceful place to ponder the art of words.

A few years ago I attended an educational event to learn all about chameleons. It was indeed a fascinating insight into those mysterious lizards but I found myself equally intrigued and, quite frankly, enchanted by the somewhat quirky and unusual building in which the lesson was held. I’ve been curious about it ever since and I thought it was about time I went back and found out more…

When I arrived I met Sandra from the Olhão Municipal Museum, who are in charge of managing the building which is nestled in a pine forest called the Pinheiros de Marim next to Olhão Campsite. We sat on a picnic bench in the prickly pear-filled garden where I found out more about the history of the place as well as the man from whose creative mind it had sprung…

João Lúcio Pousão Pereira was born in Olhão in 1880 to a well-to-do family. His poetry first appeared in print when he was just 12 years old and he went on to work for, and even founded various publications throughout his life. He wrote 3 books but it was his second, ‘O meu Algarve’, published in 1905, that made him one of the most famous Algarvian poets. 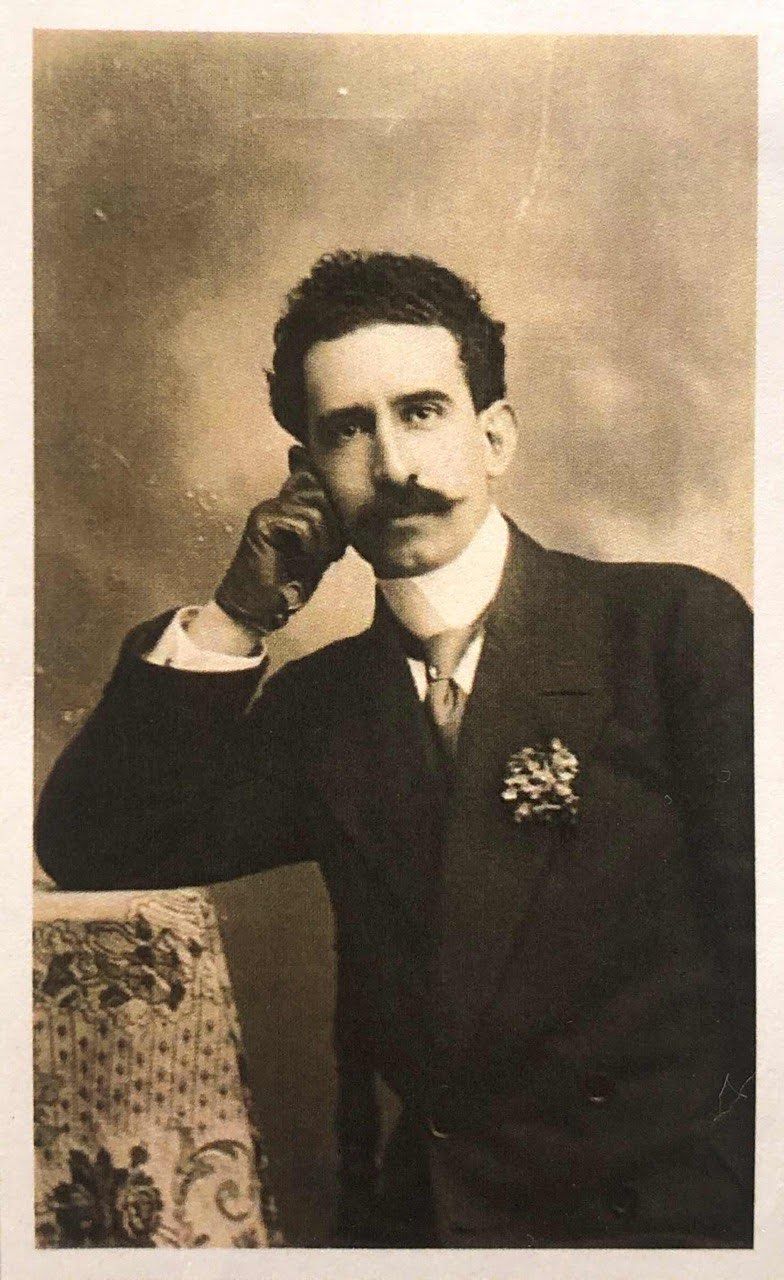 He was by all accounts a very sensitive and articulate man and with a twirl at the end of his bushy moustache he certainly had style. After studying law in Coimbra he returned to the Algarve where his poetic way with words made him famous for his ability to captivate a courtroom and even now he is considered to have been one of the region's most distinguished lawyers.

He was also well travelled. He visited lots of countries throughout Europe with his family - and even went to Morocco.

But his life was also tainted with tragedy. They say it was the death of his son in childhood that made him want to seek isolation and create this rather eccentric building in the woods. With pine trees as far as the eye can see in all directions - except south, which still boasts the most extraordinary view of the Ria Formosa, I can totally understand why this would be the perfect peaceful place to work on his poetry.

Sadly though, he never got to properly enjoy it. He moved in but just 2 months later, in October 1918, he died. He was only 38. 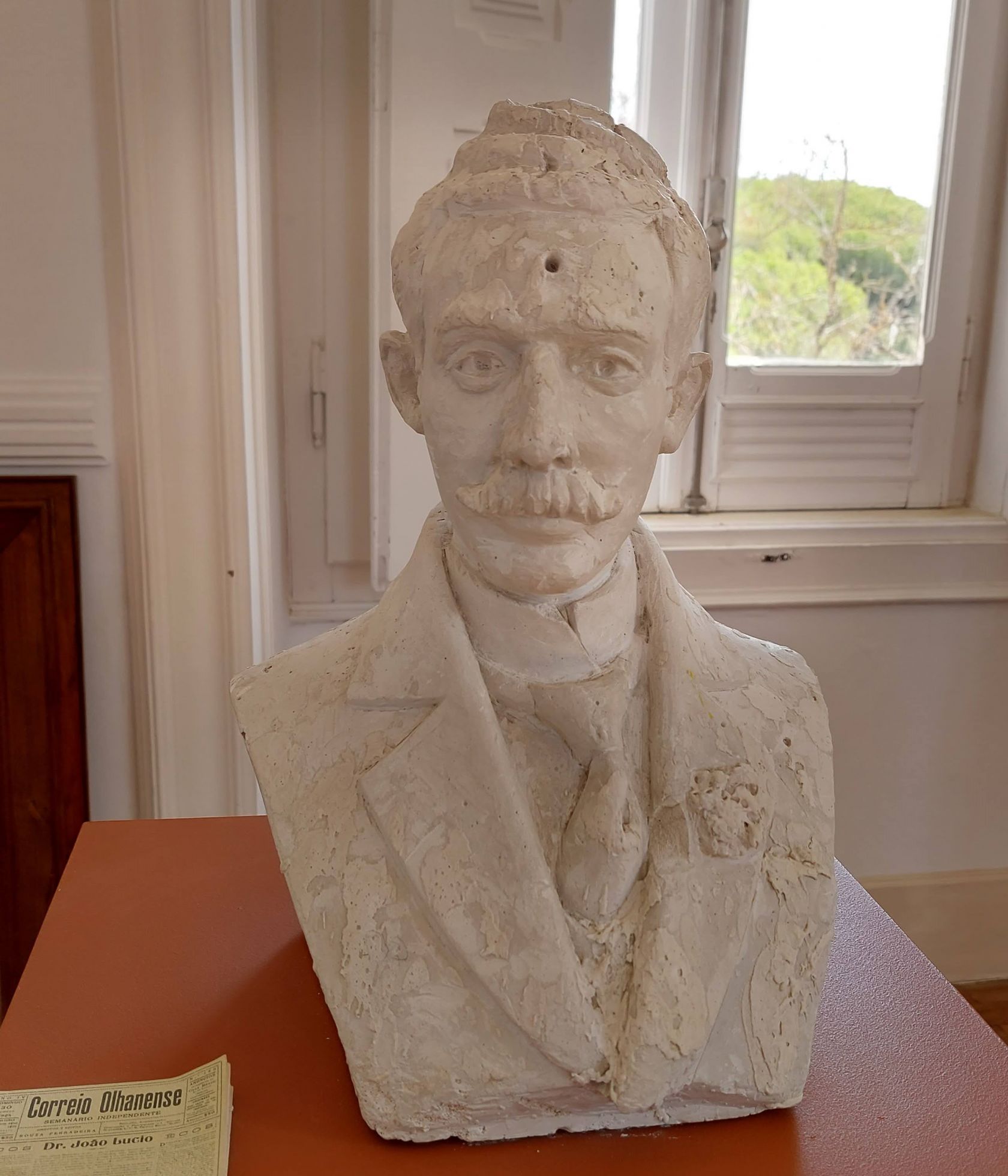 After his death his family moved away and the building was looked after by caretakers before eventually falling into disrepair. It was eventually put into the care of the state and was restored in 1998 when it became both a museum with exhibits from João Lúcio’s life as well as an ‘Ecoteca’ to teach people about ecological issues.

You can enter the chalé from the north, south, east or west. Each staircase is unique and it's only when you look down from the balcony that you can truly understand what's going on. The southside staircase is shaped like a traditional guitar and the eastside is a violin. Are you starting to sense a musical theme? Well, forget it - the northside represents a fish and the curvy little western staircase is a serpent.

If you look carefully at the outside walls you will also see the odd sunshine, snake, moon or even Egyptian Pharaoh. It could all seem a little random but there was definitely a method to his madness. The whole thing is a wonderfully well thought out composition of ideas he got from his travels and things he loved about his homeland. 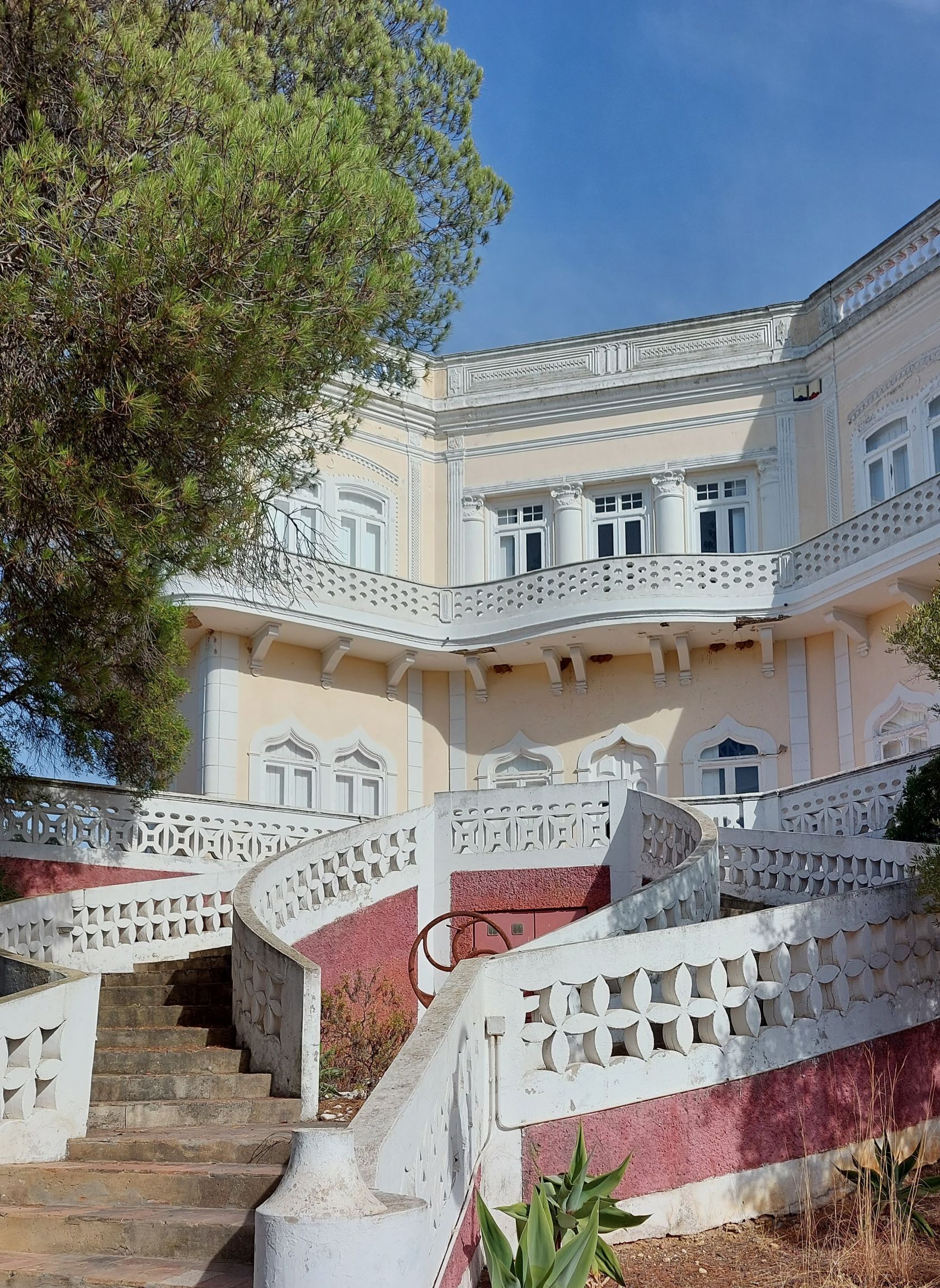 The centre of the chalé is crowned by an impressive glass dome, which floods the interior with light. When standing thereunder (turning around on your own axis to the sound of classical piano music playing in the background) you get a real feel for the perfectly symmetrical layout of the building. In fact - the floor plan itself looks like a marvellous mandala. 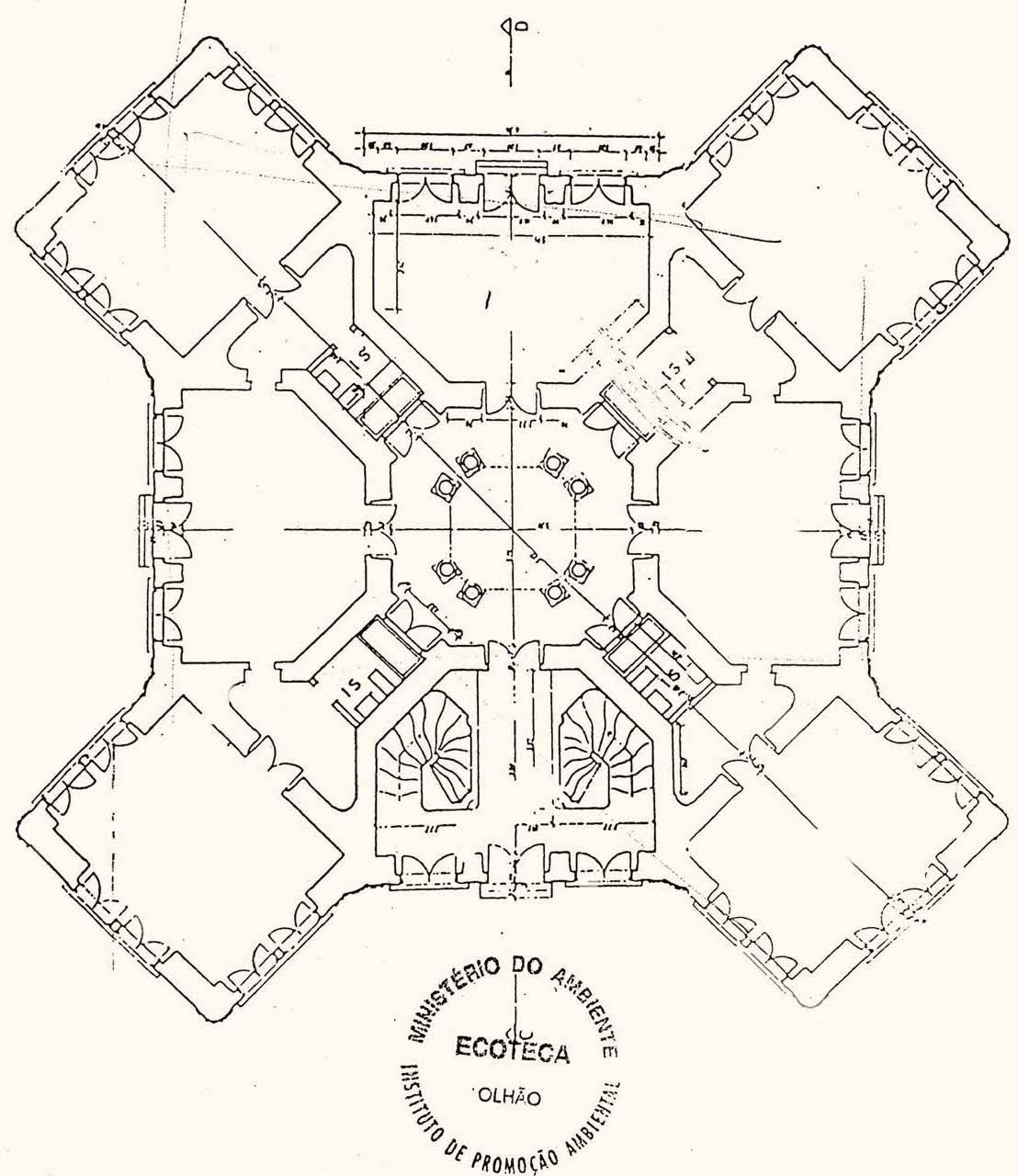 A lovely lady called Ana Bandeira or ‘Nucha’ has been working there since the building was restored. She was excited to show me all the previous newspaper articles and magazines the chalé has been featured in (I can only hope this story will make her collection) - and you should have seen her light up while reciting one of João Lúcio’s poems that are displayed on textboards around the house. 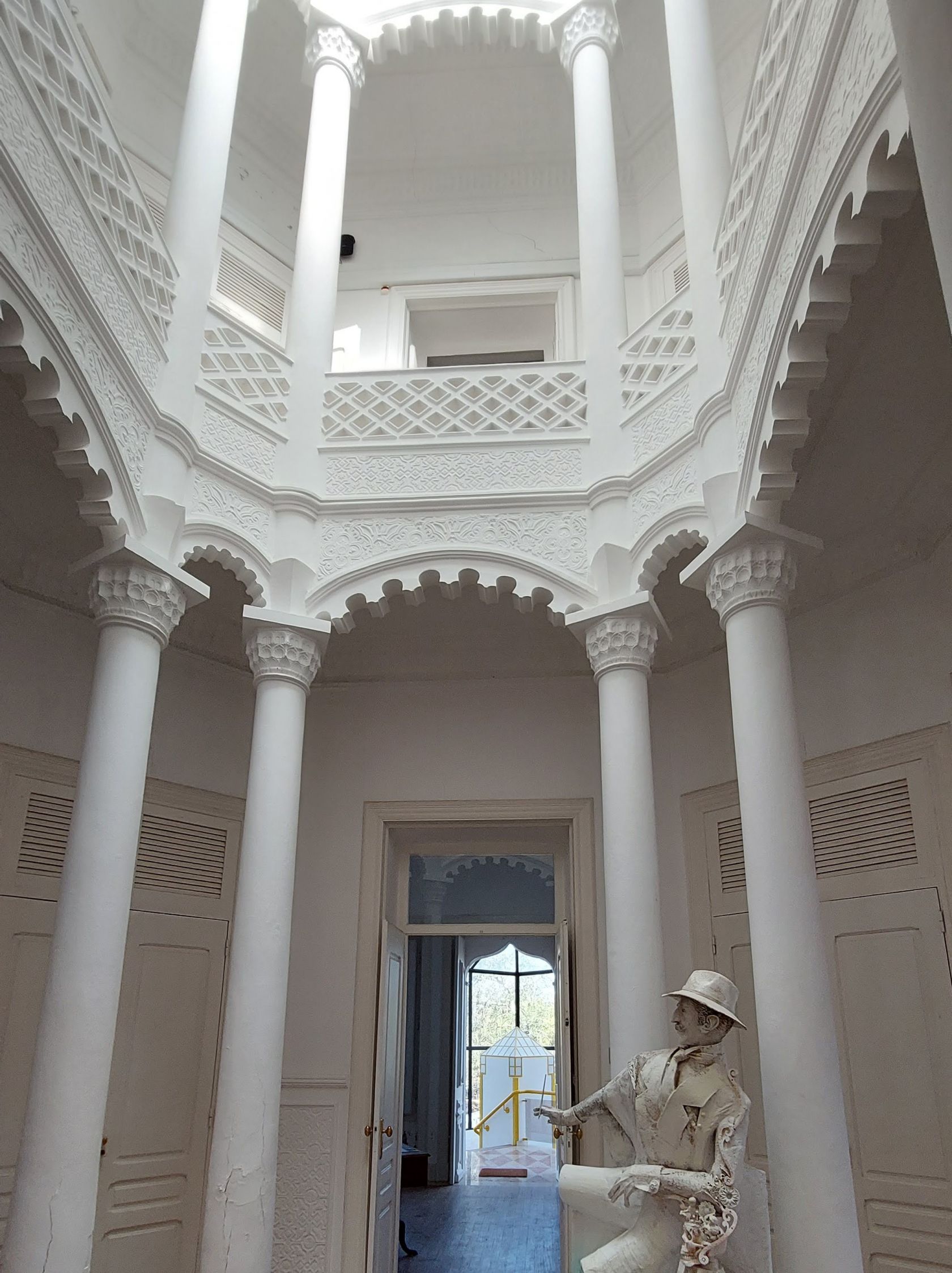 Nowadays though, this living compass of a building is looking for a new direction and identity. It could do with a bit of restoration work to return it to its former glory. But still, it's quite the hidden gem and a fun and unusual place to visit.

If you knock on the door on a weekday, Nucha will probably hear you and happily show you around. But to be on the safe side, you could also write and give them a little heads up you’re coming.

The Chalé of João Lúcio