If you have a close encounter, consider yourself lucky!

European otters are currently thought to be doing OK in Portugal, and in a survey of central Portugal during August 1980, evidence of otters was found in 70 percent of the 90 stations visited, in major rivers and their tributaries, in small streams connecting pools and at fetid pools in semi-dry riverbeds.

They are often overlooked as a species in the Algarve due to their shy nature and mainly nocturnal habits. The Eurasian otter (Lutra lutra) is the only species found in Europe and its population has become very depleted, even becoming extinct in some western countries.

The Eurasian otter is also known as the European otter, common otter, or Old World otter, and is a semiaquatic mammal, listed as Near Threatened under the Endangered Species Act and is also listed under the Marine Mammal Protection Act.

Spraint (droppings) is the best evidence to prove their presence, which they leave at strategic and prominent places - such as raised rocks - which mark their territory and feeding points. Fish bones and crayfish shells may be visible in the spraint as further evidence of their inhabitance.

The European otter is a medium-sized carnivore in the Mustelidae, or weasel family, along with the pine marten, badger and stoat. River otters are up to 90 cm in body length, with a long tail measuring 35-45cms.

River otters and sea otters are similar, but while both types love to swim, the swimming behaviours they engage in are quite distinct – a river otter lounges around riverbanks and swims with its belly down, keeping the majority of its body below the water, whereas sea otters are found only in salt water and rarely go on land, often floating on their backs even while they’re eating, and have been known to hold hands with others during sleep to prevent drifting apart. 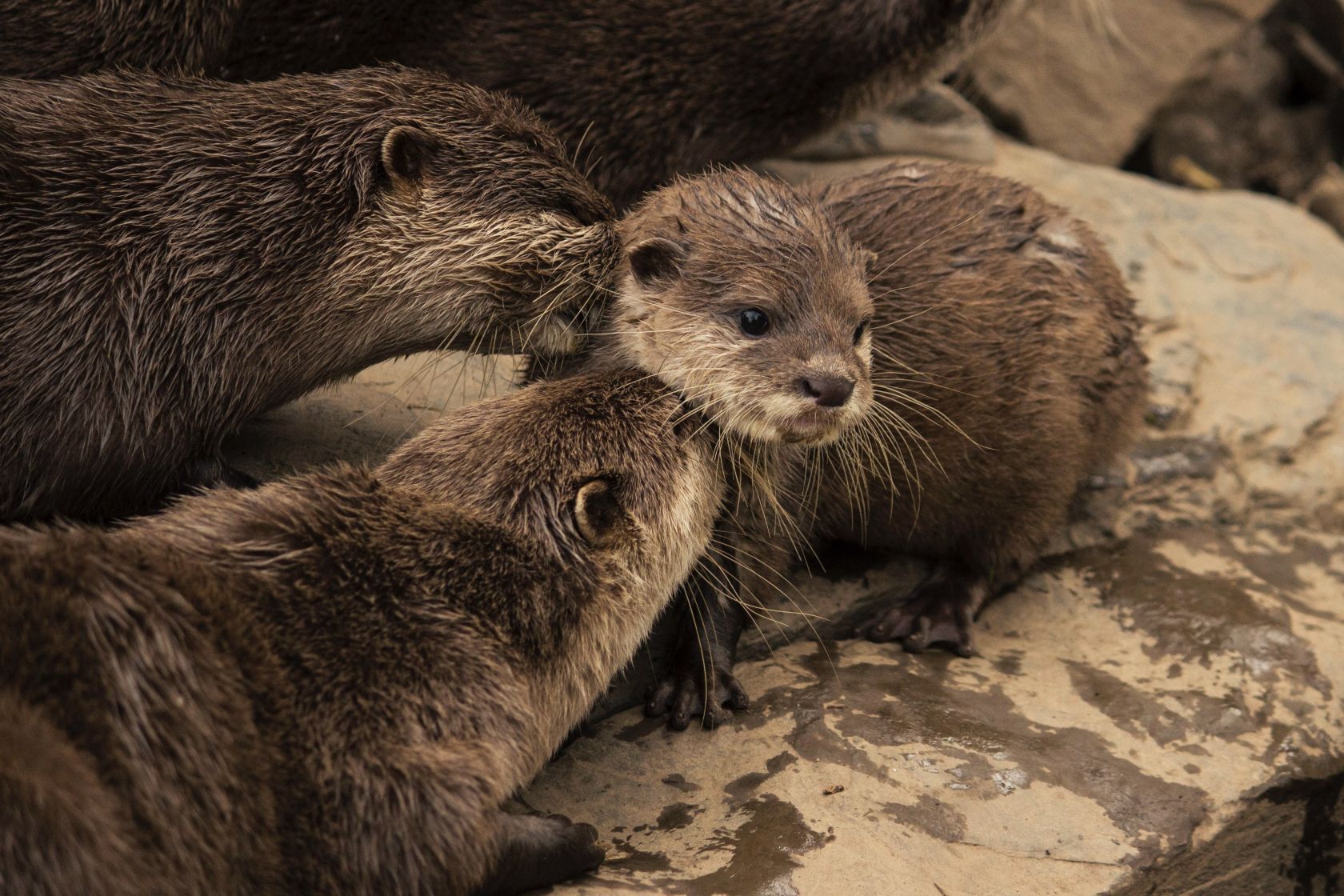 Their swimming mechanisms are different too - river otters have four short webbed, clawed feet, which enable them to swim at speeds up to 12km underwater, while sea otters use their two webbed hind feet and tail to propel them through the water. River otters can dive to a depth of around 18m, whereas sea otters can dive an average of 61m. How long can a European otter hold its breath? An average of 4 minutes - sea otters surprisingly a mere 5 minutes considering how much deeper they go, and both can close their ears and nostrils whilst underwater.

Otters are often included amongst the ten most intelligent creatures on the planet and belong to a select few animals that use tools, in league with apes, monkeys, and beavers. Not only are they highly intelligent, but they seem aware of their intelligence, too. River otters make six sounds, characterised as chirps, squeaks, chuckles, hahs, growls, and screams, while sea otters have nine vocalisations - distress screams and contented coos, whines, whistles, growls, and snarls – all of which are used in different social interactions.

European otter fur is short and dense, with some 57,800 hairs/cm2, which traps air for the sole purpose of insulating the body. They also have extra sensitive whiskers that they use to detect the movement of their prey in the water, even if it is dark and murky.

Female otters are smaller than males and do not mate for life, with females rearing up to 4 young at a time, keeping them safe by their sides and in dens they build on riverbanks, known as 'holts'. New-born pups need constant attention and will stay with their mother for six months until they develop survival skills. Excellent and lithe swimmers, the young are in the water by 10 weeks of age, with fur so dense that they can't dive underwater until they get adult fur!

They require clean rivers, with an abundant source of food, and vegetation in which to hide. Although aquatic creatures are their most common prey, they will eat almost anything they can catch and overpower, but an otter’s exact diet depends on its species and habitat – and amusingly wash themselves after every meal.

Are they afraid of anything? Yes, apparently dogs, especially large ones, and will view them as predators.

I've just spotted one in our river near Monchique!

APA supports more than 380 animals in its facilities

Covid-19 booster available for over 18s

Moving to Portugal ? Make sure you request your NIF online before