Hannah Stephenson finds hiking, wining and dining off the beaten track in the Golden State.

Having done this route before on the faster Highway 101 (which runs parallel), I’m taking the slower, winding scenic coastal road of CA-1 (also known as Highway 1). Accompanied by my daughter, Grace, I’m embarking on a road trip to explore some of the attractions off the beaten track of this popular fly-drive trail.

What about the cost?

Of course, as with any current trip to America, the elephant in the room is cost. But travel between November and mid-March tends to be cheaper (barring Christmas and other national holidays), says Cath Pusey, of US specialist tour operator America As You Like It.

Granted, there are many activities you may want to do where you’ll need to splash the cash; wine tasting on remote vineyards in the hills of Paso Robles may cost as much as a decent bottle; while horse-riding in Cambria, or whale and dolphin-watching in Monterey Bay, don’t come cheap – so spend your dollars on the things you really want to do.

Yet the pure scenery of the drive, snaking past surf-battered rocky headland on one side and dramatic mountains on the other, and the little towns we happen upon when we turn off the coast road temporarily forms a big draw. The glorious 17-mile scenic drive along the Monterey Peninsula toll road, passing through Pebble Beach to pretty Carmel, may cost $11.25 per car, but it’s money well spent.

These are just some of the alternatives you can find if you stray from the crowds.

We opt for Japantown, the largest of three Japantowns left in the US, where Japanese immigrants built up a community after the 1906 earthquake which devastated the city, entering a less well-known enclave of Asian culture and history, virtually devoid of tourists.

Easily identifiable by its many restaurants serving ramen, sushi and other delicacies via brightly coloured replicas of dishes in their windows, a selection of bright, bold, Japanese kitch is also on offer in the district’s indoor malls, including ‘kawaii’ (meaning cute) accessories and anime-inspired toys. The landmark pagoda, a gift from Osaka to San Francisco in 1968, stands out in the Peace Plaza, which if you visit in spring, will seem cheered by the annual Cherry Blossom Festival. 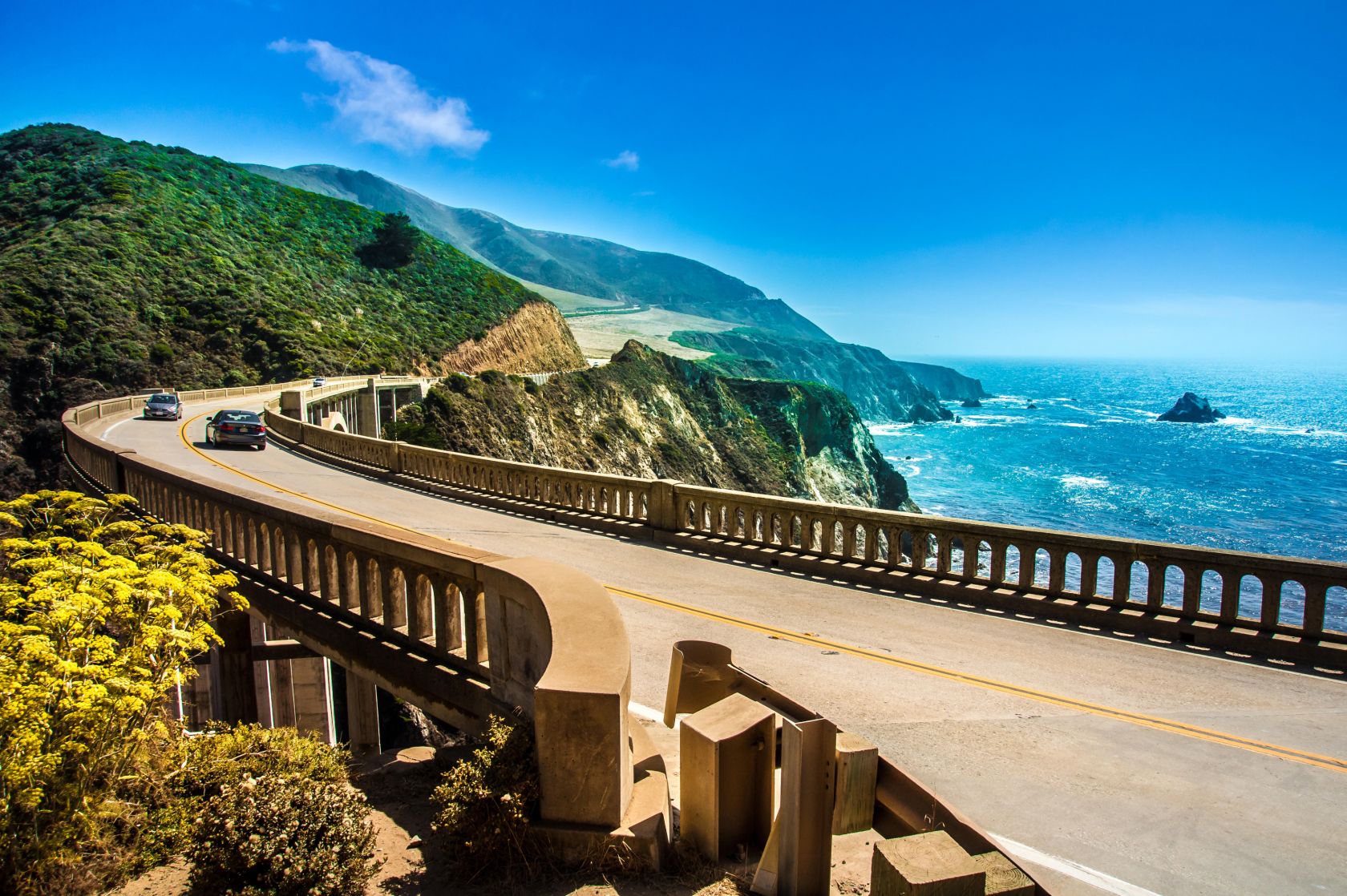 The birthplace of US surfing, Santa Cruz, nicknamed the Coney Island of the West Coast thanks to its beach boardwalk funfair complete with the oldest wooden rollercoaster (1924) in the state, feels young and full of college surfer dudes and beach lovers.

Away from the funfair frolics, we take a surf lesson with Club Ed (club-ed.com) a few minutes’ drive down the beach, where the only people we meet are other surfers. After squeezing into wetsuits in a public car park, surfing veteran Rick leads us to the waves, giving beachside instruction on feet position, paddling out (the most strenuous bit) and where to look (definitely not down) before taking the plunge in the chilly Pacific.

Definitely not for the faint-hearted, undoubtedly for the fit, and check the weather before you go – our waves were too high for beginners, he later told us.

Cannery Row and Fisherman’s Wharf, once the fishing hub for 19th-century European settlers, have long been transformed into a tasteful, welcoming haven of tourist shops and restaurants, but retain the colourful metal buildings made famous by American novelist John Steinbeck.

Twenty minutes out of town is the quieter enclave of Moss Landing, where our nautical-themed B&B The Captain’s Inn (captainsinn.com) overlooks the Old Salinas River tidal channel, a wetland teeming with life. We admire the view of pelicans and blue herons from a quirky deck decorated with wooden paddles, old life belts and mooring ropes, using our room binoculars to get a better glimpse. Elkhorn Slough Reserve nearby offers visitors the chance to explore 1,700 acres featuring 340 species of bird, 550 types of invertebrates and much more.

California houses 280 state parks, more than any other US state, and nine national parks, including the well-known Yosemite and Sequoia, but these are both around four hours’ drive from the west coast, so too far for a day trip.

50 miles inland from Monterey is Pinnacles National Park, one of the least visited, which lies on the San Andreas Fault Zone, where volcanic activity 23 million years ago accounts for its massive monoliths, rock spires and balconies, sheer canyons and boulder-covered caves.

Hiking to bat caves, we walk alongside majestic pillars of rich, rust-coloured volcanic rock, duck under precarious boulders wedged between natural walls and catch our breath at the waters of the Bear Gulch Reservoir. 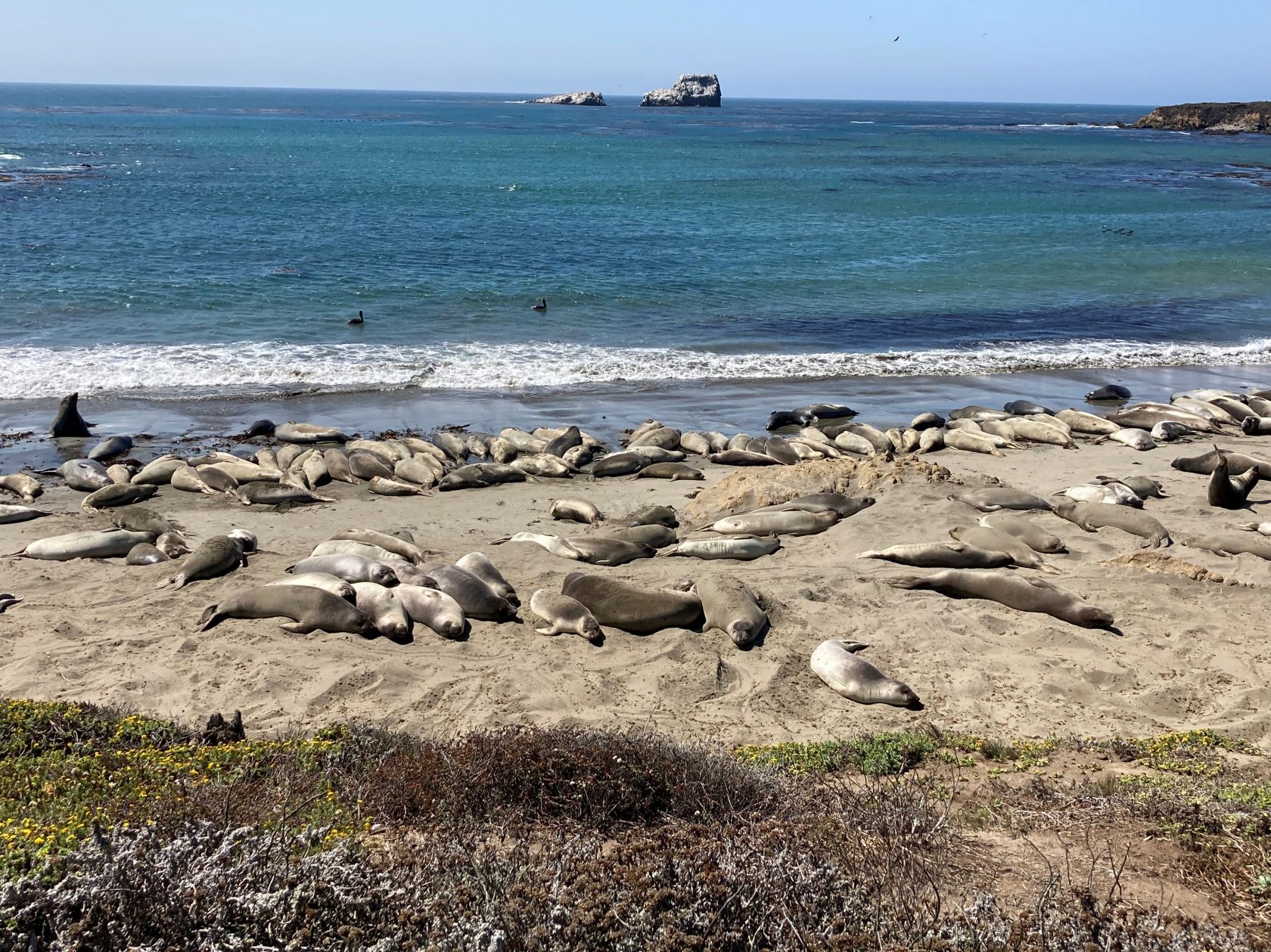 With nearly 300 wineries in the region, you can sip and savour to your heart’s content at the multitude of outlets, whether you’re downtown or in the vineyards.

With wineries split between two distinct growing regions – Paso Robles and San Luis Obispo – we choose one which is small and personal. Alta Colina (altacolina.com) not only offers summit tours, where visitors can sample the Syrah, Rhone blends and Rhone whites at the top of the vineyards, but you can also ‘glamp’ in vintage trailers at the foot of the vines (thetrailerpond.com).

Sometimes overlooked by visitors in a hurry to get to Los Angeles (half an hour away), Ventura is worth a pitstop. It’s cheaper, but in many ways a more attractive and compact option with its funky street murals, pedestrianised downtown areas and surfing beaches.

Sitting outside our cool 1950’s vintage trailer on a small campsite (waypointventura.com) close to the beach, we could be a million miles away from La La Land as we toast s’mores with a Texan couple who’d retired early and sold their house to travel the US in their campervan.

The sprawling City of Angels is choked with traffic, but trying to recreate the Hollywood dream with tours and museums including the new Academy Museum of Motion Pictures (AcademyMuseum.org) which opened last year.

Our ultimate view – and final blowout – comes high in the empty Burbank hills at Castaway (castawayburbank.com), a fashionable restaurant with a wrap-around patio and seating with firepits at the edge of the cliff, where diners enjoy spectacular views of the San Fernando Valley, downtown LA and the Hollywood Hills.

My dollars are spent, the journey has cost – but it’s been a price worth paying.

Man gives back 5k from drive-thru