HomeLifestyleCurved lines on the canvas

Behind the scenes with Jill Stott.

I had been asked by quite a few of my friends over the years, who have enjoyed posing for her, whether I would be interested in being drawn ‘in the nude’ for a life drawing class taught by a lady called Jill Stott. I would always politely decline (flattered though I was that they thought of me). However, I was always curious that such a thing goes on in the Algarve and decided that I could keep my clothes on but also go and investigate.

Located between Bouliqueme and Paderne, I went to find Jill's house. As she let me into her garden and led me down into her charming home, I immediately felt very at peace. Some groovy chill music was playing in the background. Bass guitars, saxophones and books were lying around. And, with the beautiful afternoon sunlight shining down onto the terrace, I could imagine that this would be a very nice place to come and draw or, indeed, be drawn. 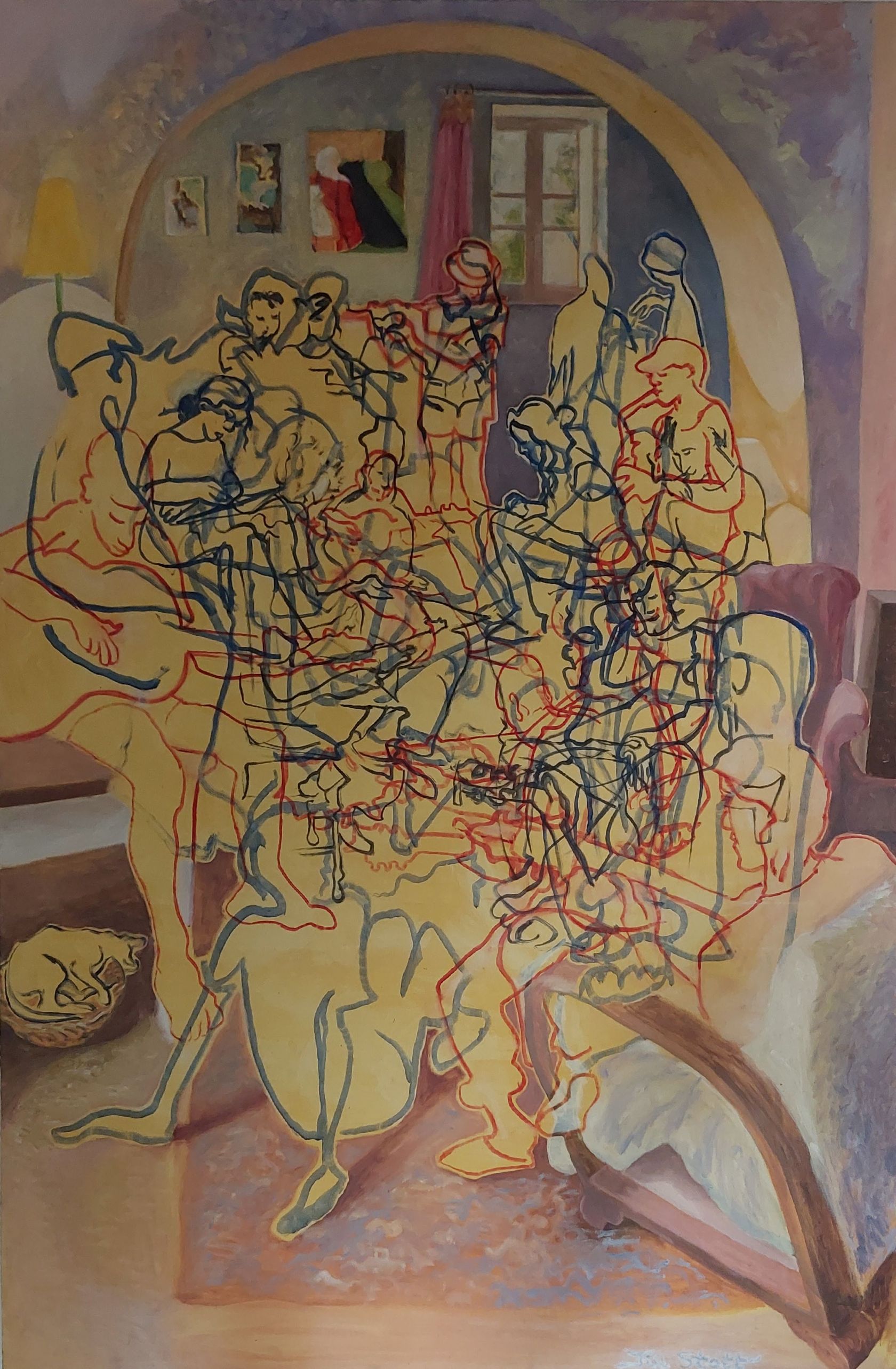 The Emperor has no clothes on

Speaking of which, there was still an easel outside bearing the evidence of the art class from the previous day. Apparently, an Indian gentleman had posed for them for the first time yesterday and seemed to very much enjoy the experience. In fact, he adopted such a regal and relaxed position, that Jill entitled her own sketch: ‘Powerhouse at ease’.

Where shall I hang it?

Jill showed me around her place and I quickly realised that she has the eternal problem of any prolific artist, namely not enough wall space. 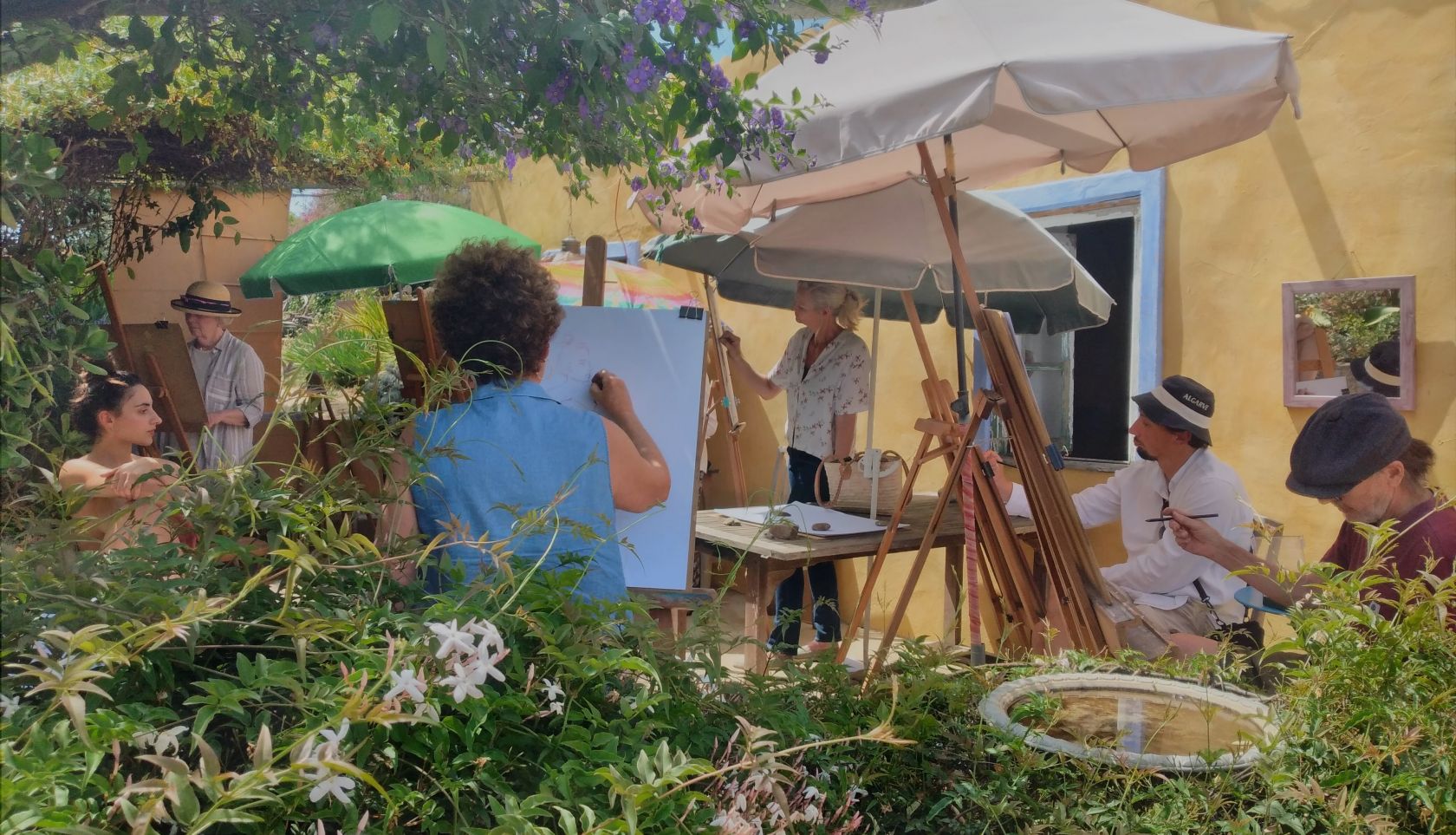 Nevertheless, seeing the old favourites intermingled with the new artworks still underway gave me a real insight into the scope of Jill’s work. There were many of her life drawings, mainly drawn in charcoal, hanging on her wall (and I even found a few of my friends). But what also became clear to me is that Jill is fantastic with colour, as well. 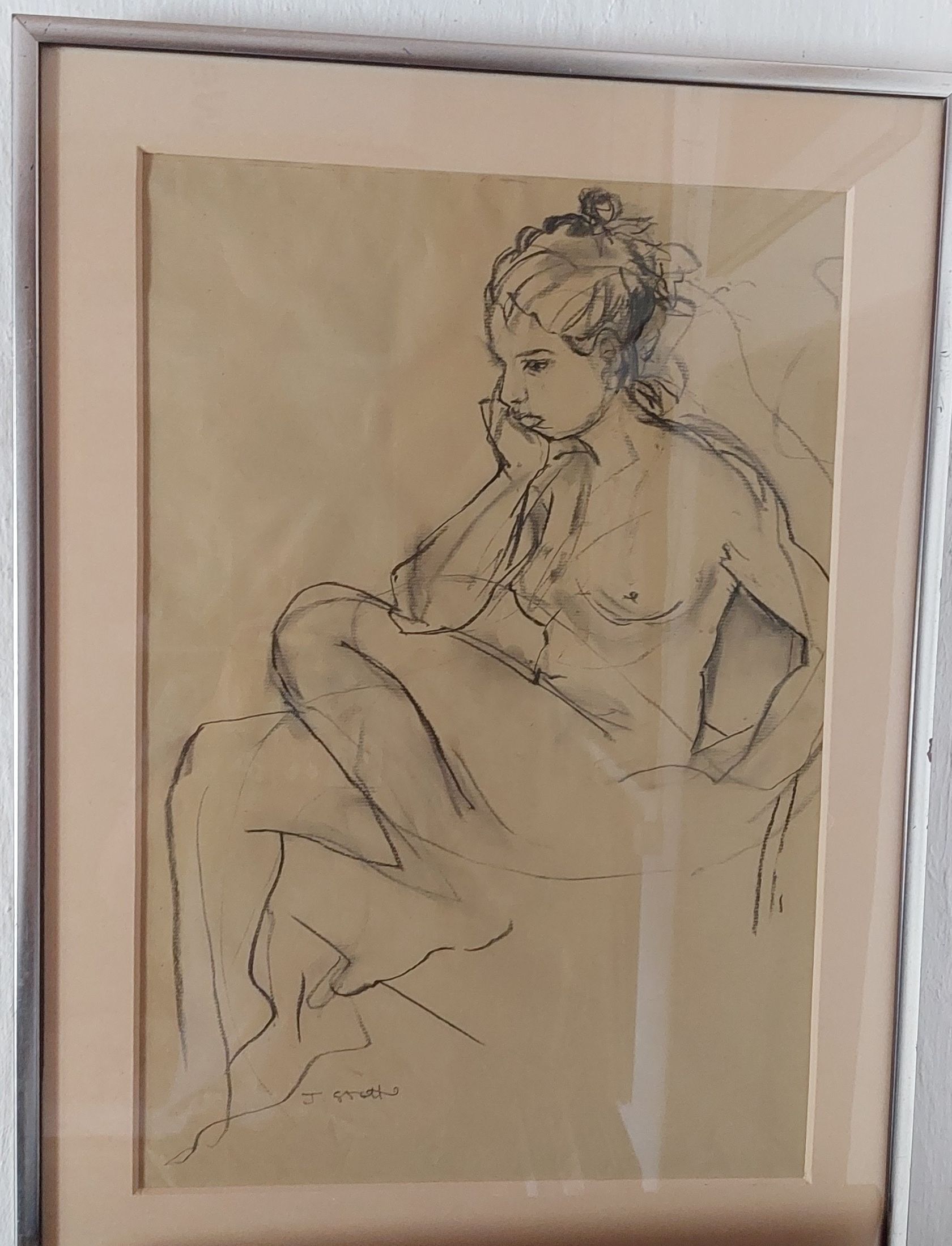 She showed me two wonderful paintings that were displayed at one of the early editions of the Festival MED in Loulé. There was one of her garden that I had just walked through, as well as my personal favourite, which it was fun to note was painted in the very living room in which it was now hanging. Jill had painted it back in the days when her sons would have their friends round for regular house parties and jam sessions and features a full house of some rather groovy squiggles.

Jill has always been drawing. At just seven years old she remembers loving a toy ‘Etch a Sketch’ that came in a cereal packet and allowed you to draw something and then erase it and try again.

She studied photography, drawing and design in England and graduated from Norwich University of the Arts in 1981. After moving to the Algarve in 1990, and with several solo exhibitions over the years, she’s been a familiar face in the Algarvian art scene - especially in Olhão where she is part of the Olhão Painters (www.olhaopainters.com).

She even told me how at one point she was setting up a stand on the beachfront in Quarteira and drawing people one after the other which she said really put her on the spot and helped her to refine her skills.

She is a good teacher. I got a little taste of this when she explained that, when sketching people it's not necessarily the model that you are trying to draw, but the shape of the empty space around them.

Over in a flash

Because it's difficult for models to hold a pose for too long, sketches are done quickly in relatively short bursts.

In these quick fire draws, it's not about making it look exactly like the person you are drawing. It's more about capturing the person's vibe, feeling or essence at the time. Every body is unique and beautiful and Jill has always been amazed how it's sometimes the most subtle of lines that is able to truly capture someone. 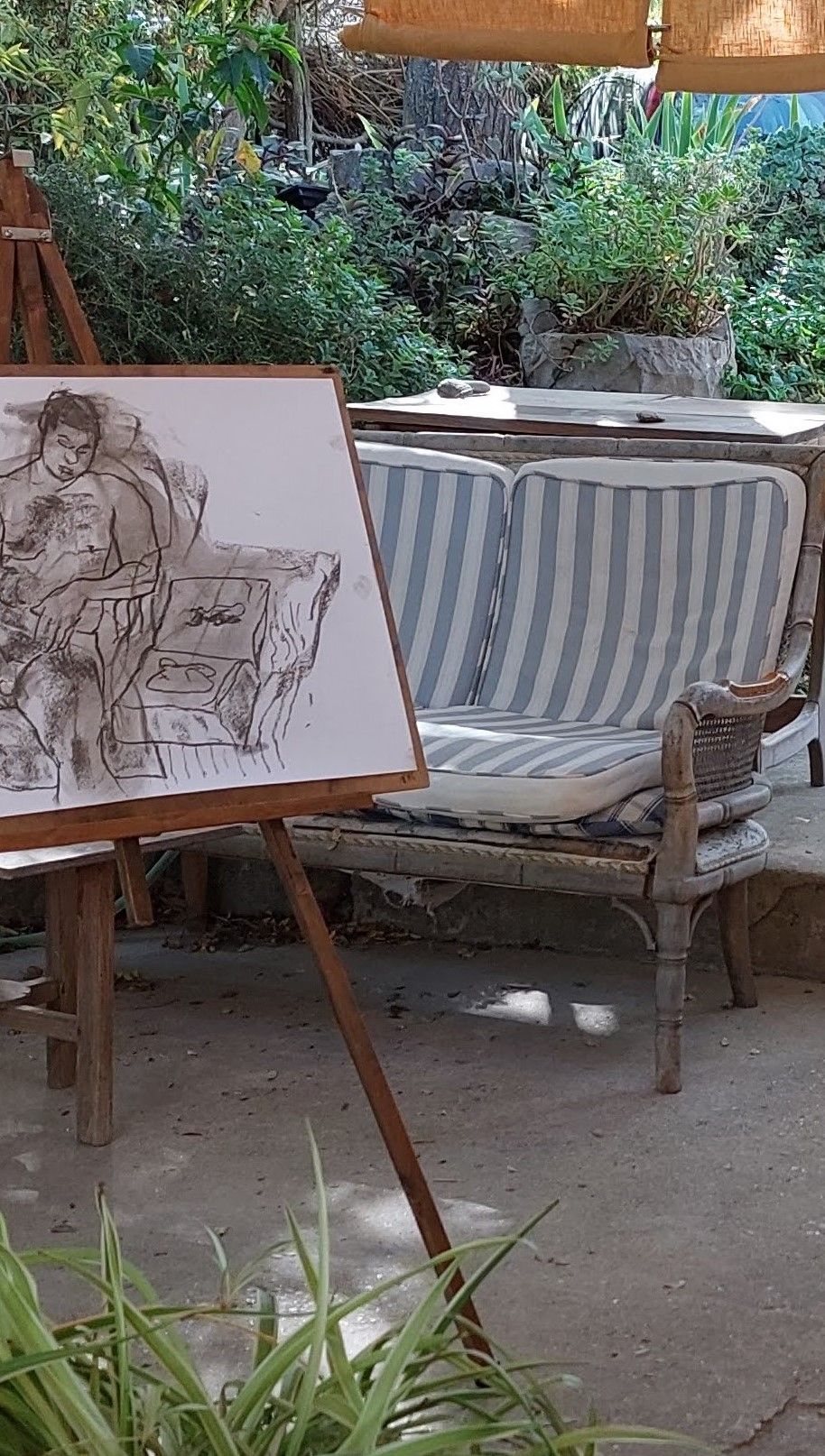 It is a very revealing process in more than just the obvious way. Models report finding it very liberating and it helps them become more accepting of their bodies. And it's always interesting to see how other people see and capture you.

Jill is currently teaching classes at the Associação Recreativa e Cultural da Amorosa near Messines on Wednesday mornings where people bring their own paintings and drawing projects and Jill helps them to refine their intentions.

As for the life drawings, the classes at the moment are held on Thursday afternoons in her lovely peaceful garden. If you would like to draw or, dare I say it, be drawn, then to find out more please follow her on Instagram @jillstottartist or email her jill.stott@gmail.com

Algarve city to host European Museum of the Year

The eclectic world of In The Pink Gallery