In a surprise address at Web Summit yesterday, the first lady of Ukraine, Olena Zelenska, called for help from the tech community amid Russia's invasion of her country. "Your chosen profession – your field of expertise – is now a battlefield in Russia’s war against Ukraine,” she said. 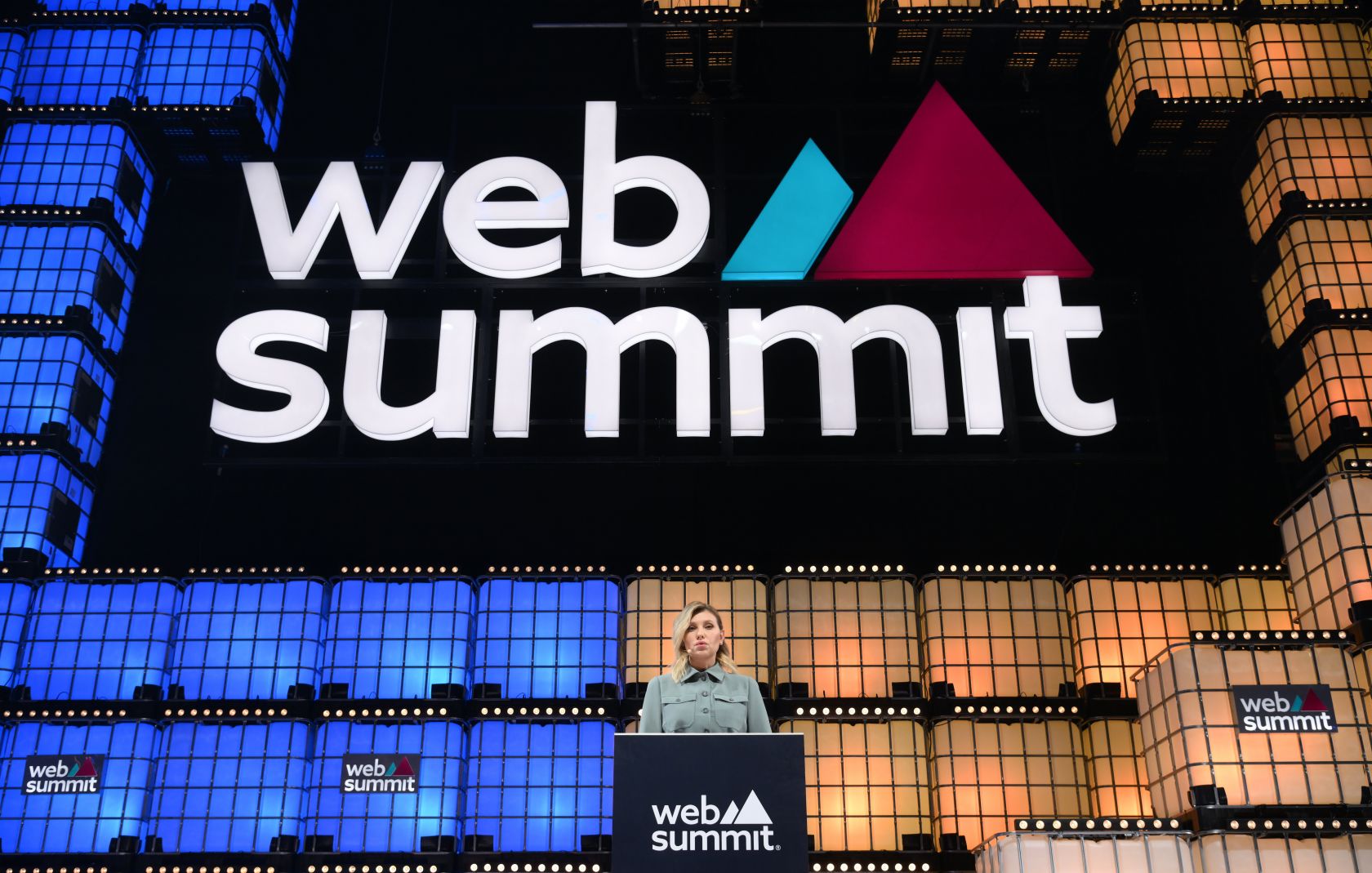 She called on Web Summit’s attendees to support the work of the Olena Zelenska Foundation, which provides humanitarian aid and seeks to restore educational and medical facilities in Ukraine. On the Opening Night of Web Summit in Lisbon, the first lady shared accounts of the effects of the Russian invasion of Ukraine: “The dystopias we read about in science fiction novels and all the threats of life destruction are much closer than you think. We felt it in Ukraine because of Russian terror – because Russia puts technology at the service of terror.”

Zelenska said technology was now a “battlefield” in the Russian invasion of Ukraine and described how drones and missiles were killing families. 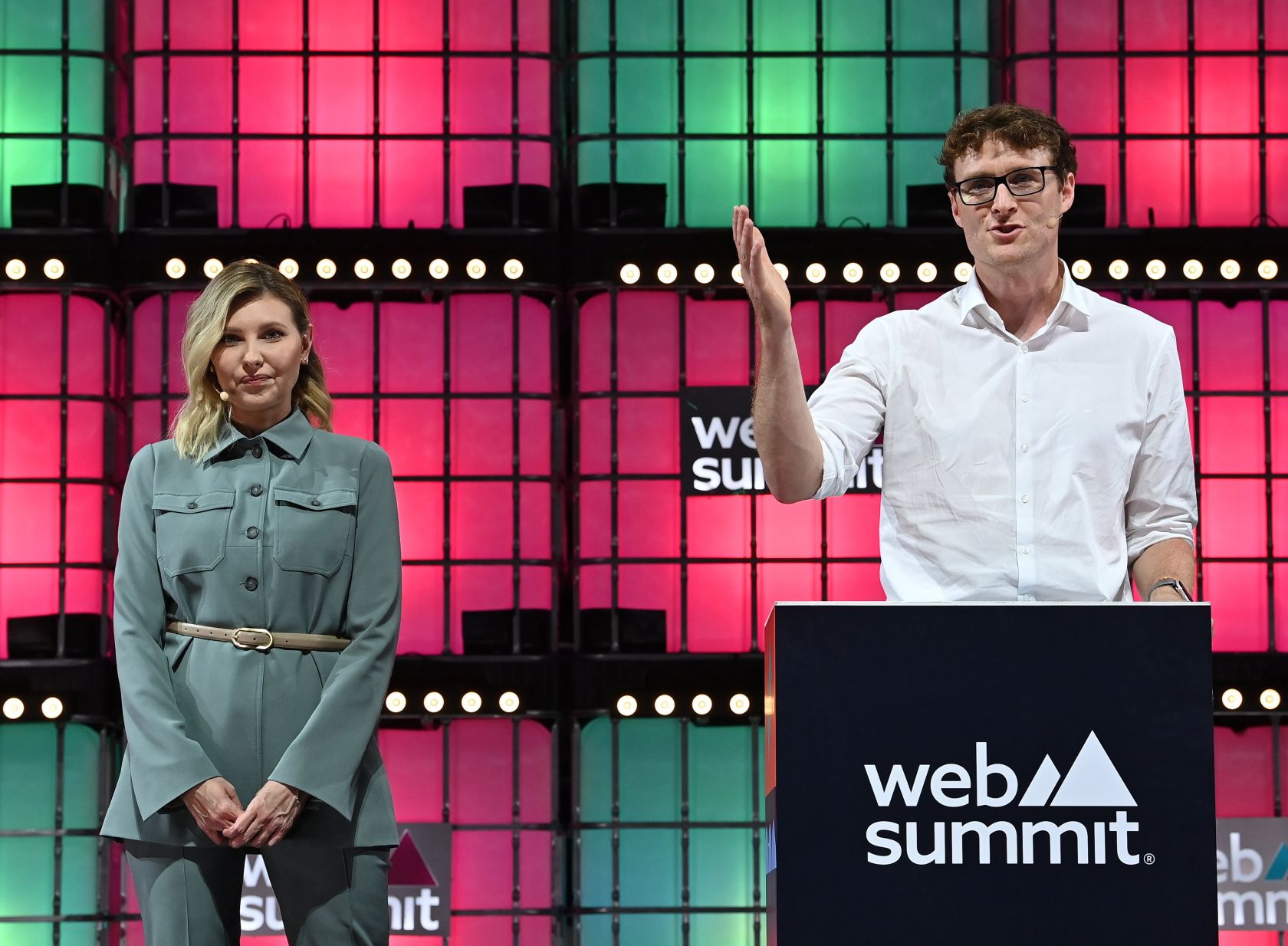 She told the founders, startups, executives, and journalists in the Altice Arena that technology should be used to save people. “I believe that technology should be used to create and to save and help people, not to destroy. I believe that such technology is the future. If it’s not, there simply won't be a future to look forward to,” she said. “You are the force that moves the world. You have potential and technologies that can help, but not destroy. I am certain that, by helping Ukraine, you can move the world in the right direction. So I invite you to do so. Let's do it together.”

Zelenska described the work of her newly established foundation. “I believe that our big victory consists of small ones. Small victories of every person. Victories over cold, hunger and despair,” she said. Web Summit, the world’s largest technology event, this week welcomes more than 70,000 attendees to Lisbon, returning to full capacity following a reduced capacity event in 2021. 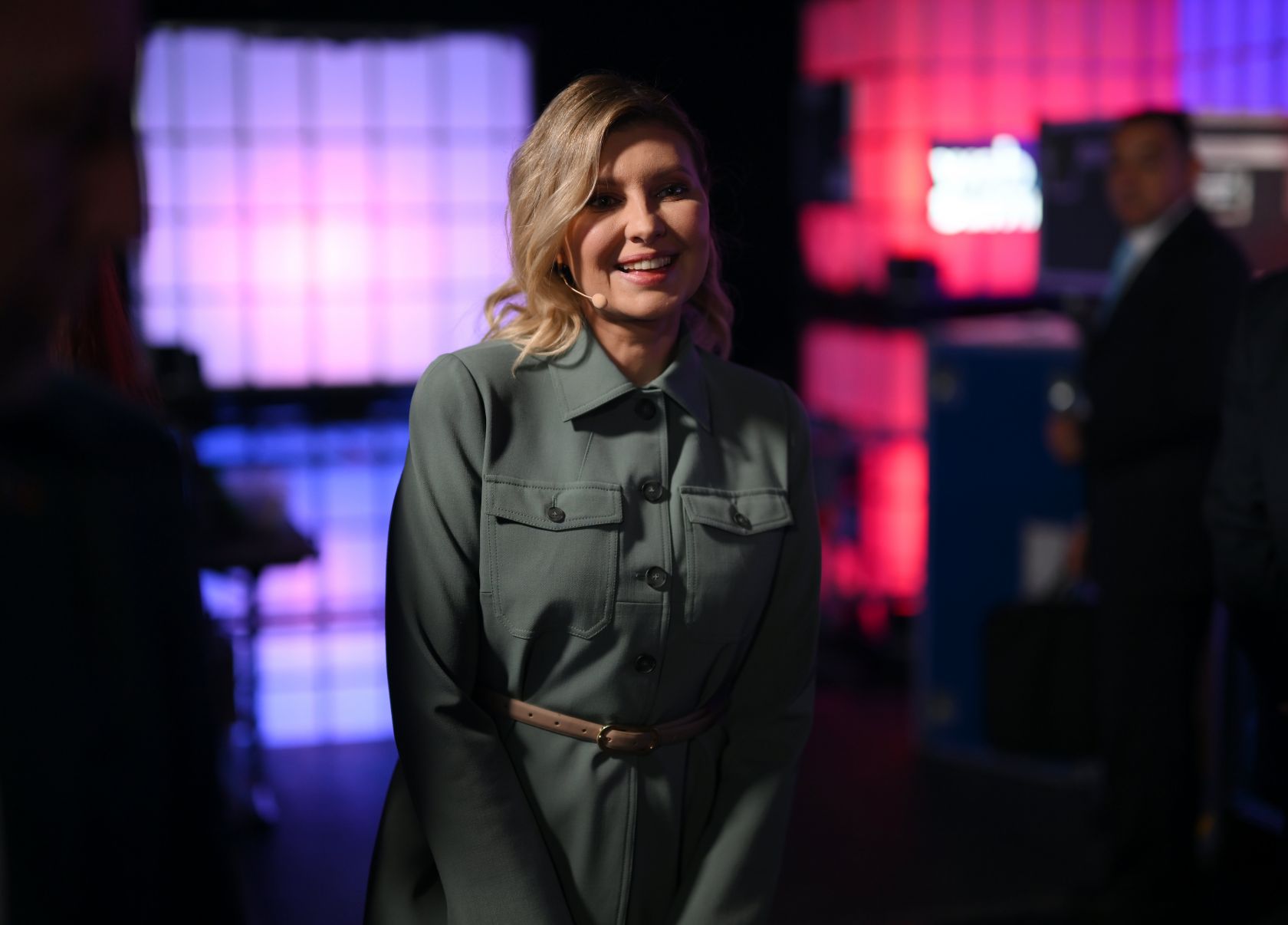 This was taken from an ongoing Live Blog very detailed article that gets posted every single day since the war began. This 1 in particular is from 2/11/2022: ““I don’t want to believe that support [for Ukraine] is fading. I believe it won’t diminish,” Zelenska told Reuters in an interview on the sidelines of Europe’s largest tech event, Web Summit, held in Lisbon. Her comment comes as a deepening economic crisis, triggered by the war, is sweeping through Europe. Some fear the record-high inflation along with the energy crisis are testing the solidarity of Ukraine’s Western allies. “I believe common sense, empathy, human emotions and relations will win”, she added, urging people to think about the world they want to live in in the future. “If that’s wrong, we are in trouble. If someone thinks that aggression can be justified … this person is under the influence of propaganda,” Zelenska said.” - The nerve. We´re drowning in poverty-because the state of affairs over here was very dire even before the Ukraine war, and Ms. Zelenska has the nerve to lecture others on solidarity? What more solidarity do these ppl want??(A solidarity that many times they DIDN´T DESERVE.) We´re all paying for the Ukraine war, whether we like it or not. Supercilious, selfish creature. A never ending, ungrateful blackhole of demands; who cares if people´s lives over here are falling apart in support of Ukraine.

I have just one question over all of this……..why has there not been one leader or country trying to look for peace talks, trying to get around a table to sort it out?, not one!!!!
That aside, what is the motive of pumping billions of dollars, euros and pounds into this?…….

Or have I answered my own questions?

'guida'is a disgrace to humanity. Comparing the conditions EU populations face with what Ukraine is dealing with is crass, wholly inappropriate and shows a deep sociopathic tendency. Guida should be deeply ashamed to be thinking like this and even more so for posting their thoughts in print! Disgusted.

Ukraine is being used as a battering ram against Russia, with Ukraine's young men as fodder.

“Lisbon is a strategic location to do business in”

Calling IT and Tech Talent