Portugal has had great writers who have taken the country name and placed it on the map. José Saramago is certainly one of them.

José de Sousa Saramago was a Portuguese writer who wrote very popular books all over the world that won him the Nobel Prize. Some of them are the Year of the Death of Ricardo Reis, Baltasar and Blimunda, the Cave, the History of the Siege of Lisbon, the Stone Raft, The Double, All the Names, Death with Interruptions.

This year, the author would have celebrated his 100th birthday if he were alive. José Saramago died on 18 June 2010 due to chronic leukemia, at the age of 87, leaving behind several books and awards.

One of the author's most popular books was Blindness, published in 1995, which then had a film inspired by the book, eventually released in 2008 with production from Japan, Brazil, Uruguay, and Canada. The book tells the story of an epidemic of white blindness that spreads through a city, causing a major disruption in people's lives and shaking up social structures. It seems José Saramago was imagining what would come decades later - a pandemic. 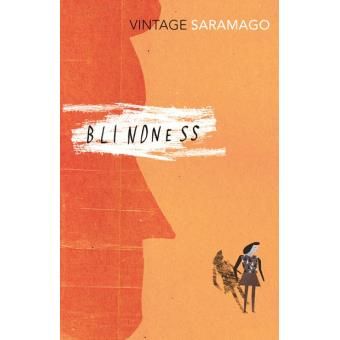 Another of the author's very famous books was Baltasar and Blimunda, which is still studied today as a compulsory book in schools for 12th-grade Portuguese students.

José Saramago was born in the little village of Azinhaga, in the province of Ribatejo. His parents were José de Sousa and Maria da Piedade, and José de Sousa would have been his name too. However, as the family was known in the village as "Saramago", when they went to register the child the official added "Saramago" to his surname. He only realised that when he went to school and had to present an identification document at the primary school.

This was not the only identity problem he had. At the time, parents had to pay a fine if they were late in registering their children, so it was common for many families to change their children's date of birth to avoid paying these fines when they did not do so at the proper legal time. This is exactly what happened to José Saramago, whose official documents show that he was born on 18 November, when he came into the world on 16 November 1922.

José Saramago left the little village in 1924 when his dad decided to leave farm work and move to Lisbon, where he worked as a policeman. There he went to school, where from a very early age had shown an impressive eye for writing. 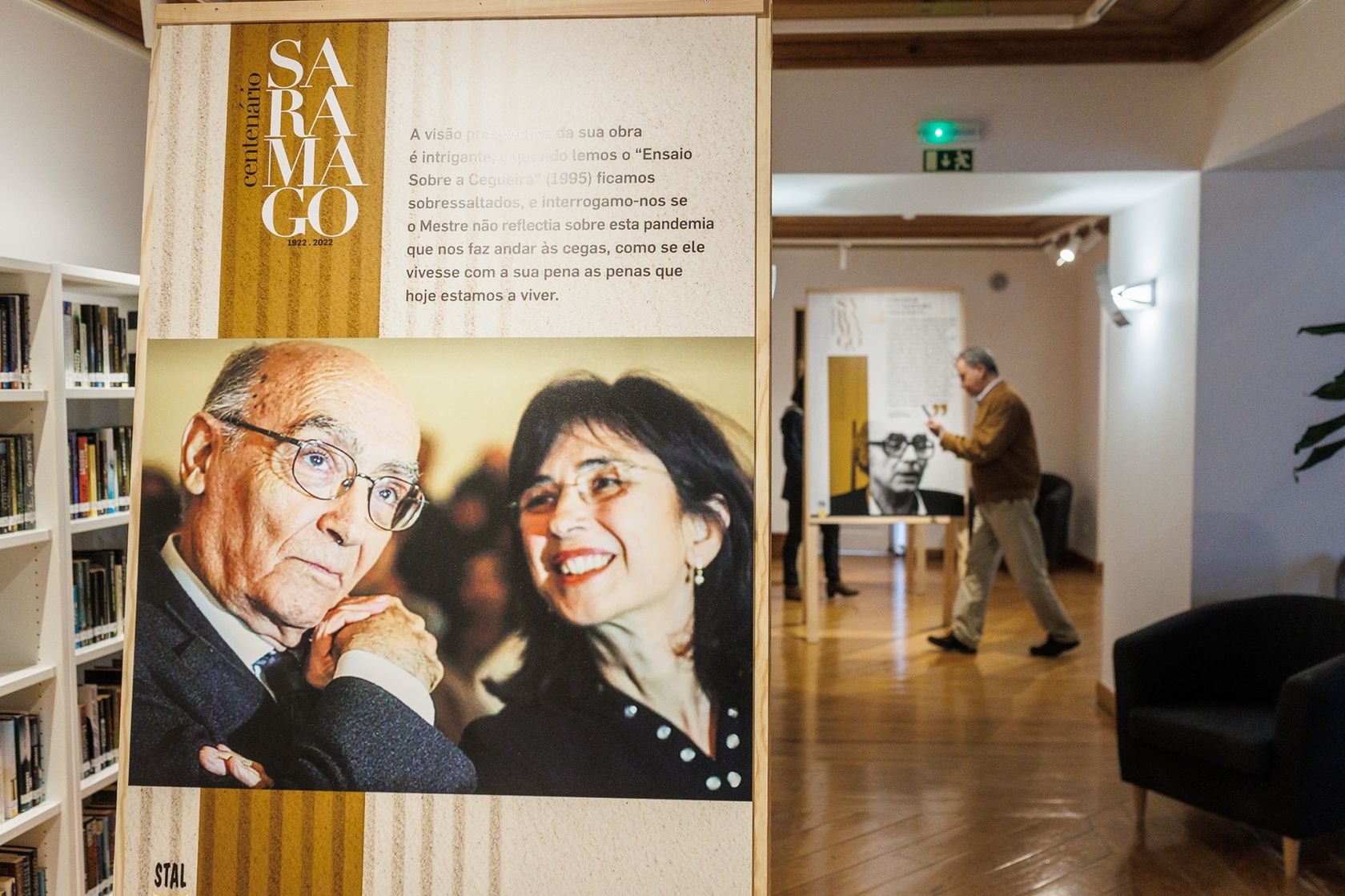 However, he had to leave the grammar school, because their family had no resources. He worked at a car repair shop, as an administrative civil servant, editor, director, translator, and literary critic, among others, before he started working full-time on his writing.

Life wasn’t easy for Saramago. During his lifetime he was sacked several times because of his left-wing political views. After long decades of exclusion from the system, Saramago finally achieved recognition and a broad international projection.

“Unemployed again and bearing in mind the political situation we were undergoing, without the faintest possibility of finding a job, I decided to devote myself to literature: it was about time to find out what I was worth as a writer. At the beginning of 1976, I settled for some weeks in Lavre, a country village in Alentejo Province. It was that period of study, observation and note-taking that led, in 1980, to the novel Risen from the Ground, where the way of narrating which characterises my novels was born”, he said in his autobiography. 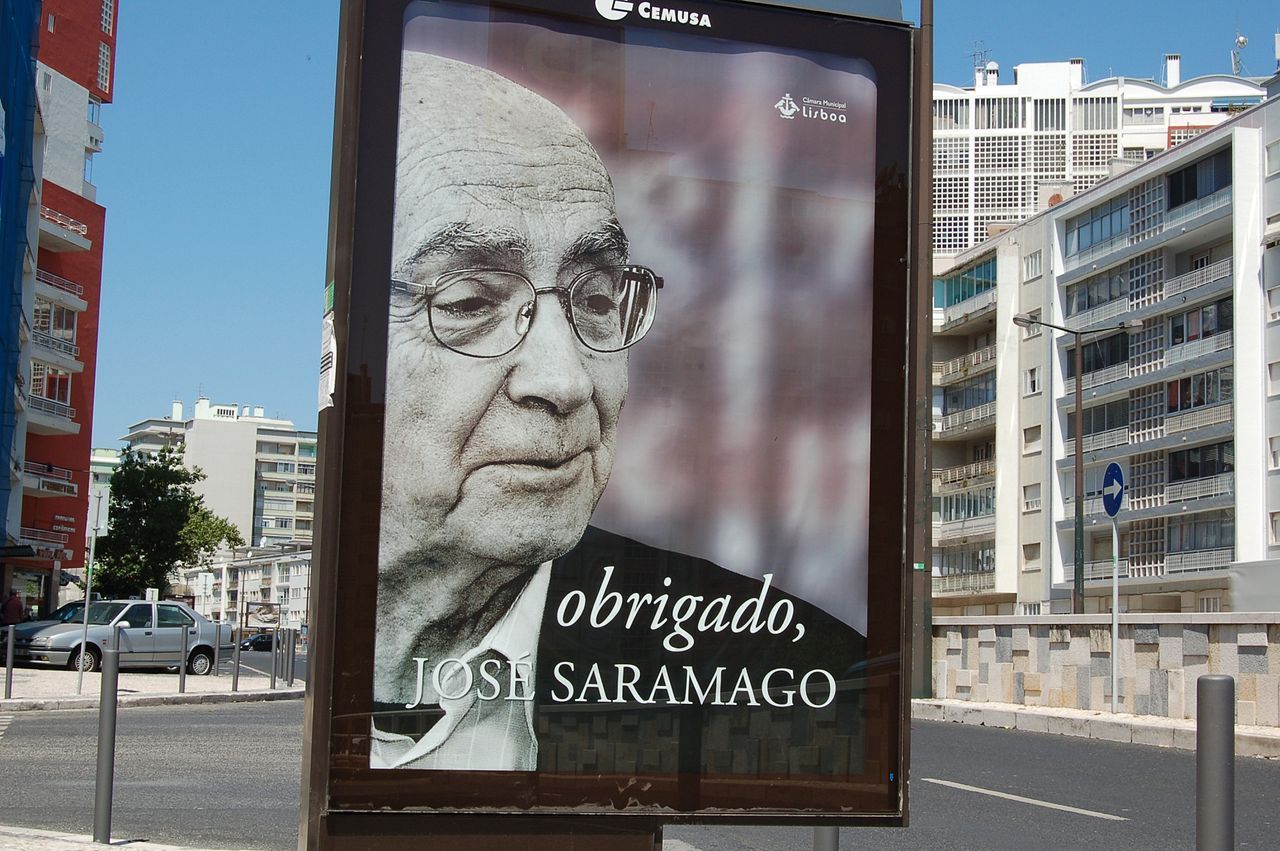 One of the features that this writer is actually known is for breaking all the rules of punctuation. According to an interview with The Economist he said: “Punctuation … is like traffic signs, too much of it distracted you from the road on which you travelled”.

In fact, you really have to be a master to be able to break the rules and add your own style to it. Saramago knew them very well, but he added his own way of writing to his novels, which brought him a lot of recognition worldwide.

His peculiar style, which goes against the literary canon, has no full stops, only commas, which Saramago preferred to call pause marks. If, at first sight, this way of writing may seem an attack on the Portuguese language, it is only a way of giving it another life, through a rhythm given by spoken Portuguese.

During the month of November, José Saramago's hundredth birthday was celebrated all over the world. His books can be found in any bookshop and many have been translated into several languages, including English.

I've never heard of this talented author until now, but l will be sure to check out his books.

Weird sayings we sometimes use

Ordering at a Portuguese Restaurant

It's more than just Olá and Adeus!