Crystals have been touted for their spiritually aligning properties for thousands of years (the Egyptians carved grave amulets in lazuli, clear quartz and carnelian), but thanks to A-listers and social media, they’ve had an unprecedented resurgence of late, practically becoming commonplace for today’s wellness-smart Millennials.

Instagram’s global footprint is living proof; the hashtag has been used millions of times, mainly as a vehicle for ‘crystal hauls’ (the trend for ‘gramming crystals and gemstones in artfully curated layouts). The industry is now reported to be worth well into the billions, with slick web stores trading in high-end crystals popping up at a rapid rate.

The so-called ‘first wave’ of healing minerals happened in the Seventies, but it gave the practice a bit of an unfair rep, thanks to its connotations of hippyish, ponytailed men and witchy women who’d give Stevie Nicks a run for her money. Today, spirituality is as important as fitness to many young people, and with ancient practices like yoga and meditation hitting the mainstream, crystals are just the latest new-old thing we’re giving more time to.

“It’s not surprising,” says Reeya Avani, a crystal therapist, and dealer based in a well-heeled part of London’s Mayfair. “Today’s teens feel like they have to be on top of everything, so there’s a lot of peer pressure for them when it comes to technology and trends. They’re counteracting this by falling back on the authentic, on what was.”

She believes one of the biggest reasons why people have started to invest in the practice is our plugged-in, stressed-out culture, alongside a societal shift away from pharmaceuticals. “We don’t want to be taking antidepressants anymore,” Reeya says. “Why pop pills when you can heal yourself with something natural? This way of thinking is starting to make sense to people.”

Reeya says her client base ranges from frazzled city workers looking for spiritual calm, to students who would rather spend money on their health than on a night out drinking during exam season.

Though there’s little in terms of scientific evidence, the therapy is based on the premise that crystals have highly-consistent molecular structures that can bring inconsistent energies, or ‘blockages’, back into harmony (a process known as ‘entrainment’).

Holistic therapists believe crystals have unique vibrational frequencies that can synchronise with the body in several ways, which is why they are thought to have different healing properties. 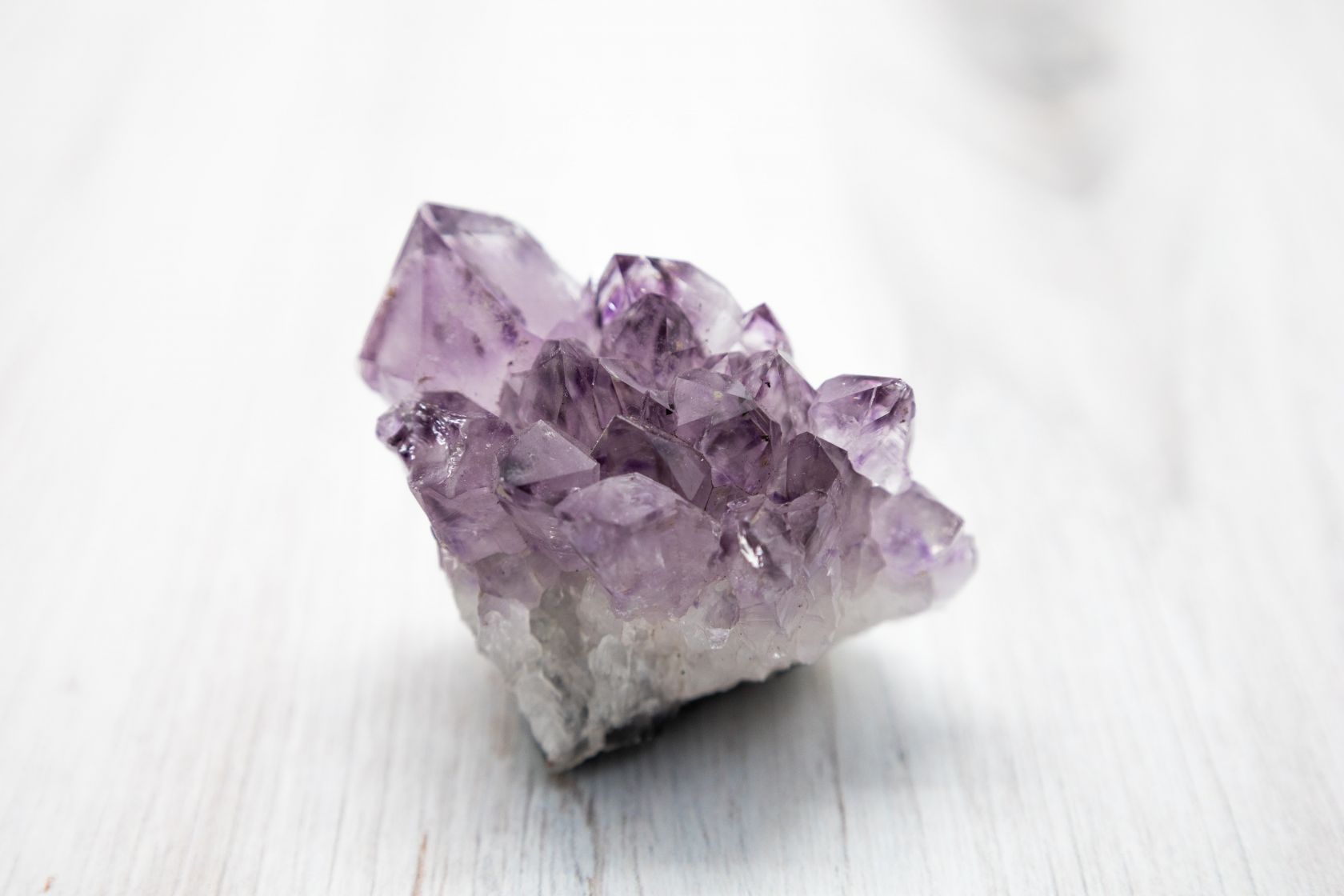 Lapis lazuli is good for back pain, Reeya tells me, while chrysocolla can soothe the aches and pains of arthritis. She uses green aventree, a pretty emerald-coloured gemstone, on clients with high cholesterol and blood pressure. The emotional benefits are potent too: Rose quartz is famously good for love and healing a broken heart. Amethyst is a good blanket fixer to promote positive thoughts and absorb bad energy, while blue lace agate and lepidolite can calm anxiety.

Reeya’s Mayfair office is filled with crystals of all shapes and sizes, some of which have been organised to form a line leading onto the bed. This is called a ‘crystal layout’ – sort like a spiritual menu, with each stone lining up to a different area of the body.

Reeya explains that crystals concentrate on seven chakras which run from the head to gut: the crown, third eyes, throat, heart, solar plexus, sacral and root. These are the centres through which energy flows in our bodies. A blocked chakra, Reeya explains, can result in mental and physical illness. She tells me she originally got into healing after going through a traumatic time in her life where she was “close to suicide”, but managed to self-heal by using crystals, and describes herself as “living proof” that alternative therapies can work.

“Amethyst is brilliant,” Reeya advises. “It’s my favourite stone. I think everyone should have a big piece in their home or office, as it just absorbs the negative energy.”

Clearly, we’ve barely skimmed the surface of ‘peak crystals’, and 2023 looks set to be another landmark year in their meteorological rise. One tip? Just don’t go thinking that it’s New Age.

“Celebrities have a massive impact on the public and what they do. I know from back in my day, Boy George was into crystals, and The Beatles were big on spirituality,” says Reeya.

“But it’s not new. It’s old, sort of like going back to basics. People are just seeing it in a new light.“

Where is the UFO Evidence? 14 Notable Cases